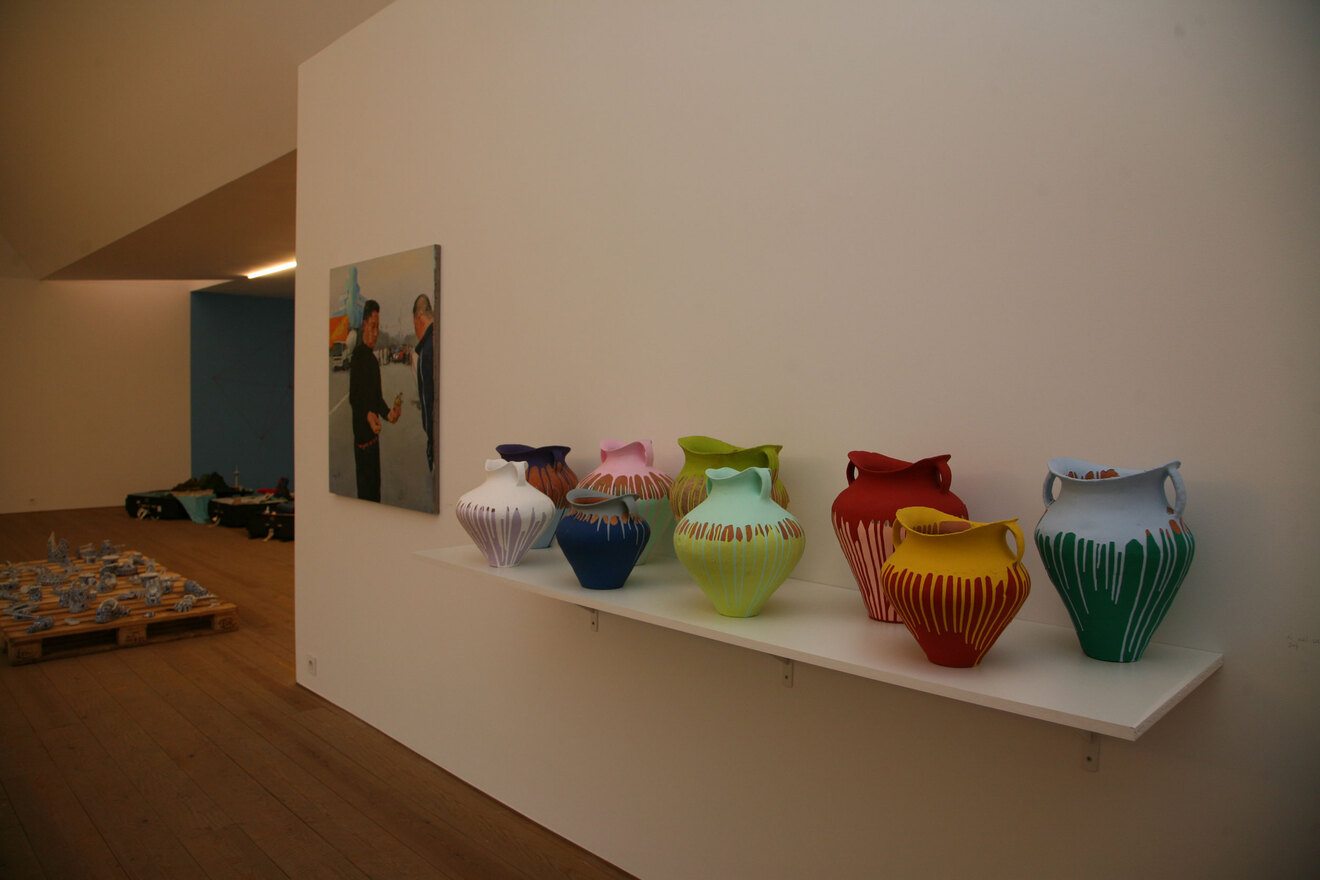 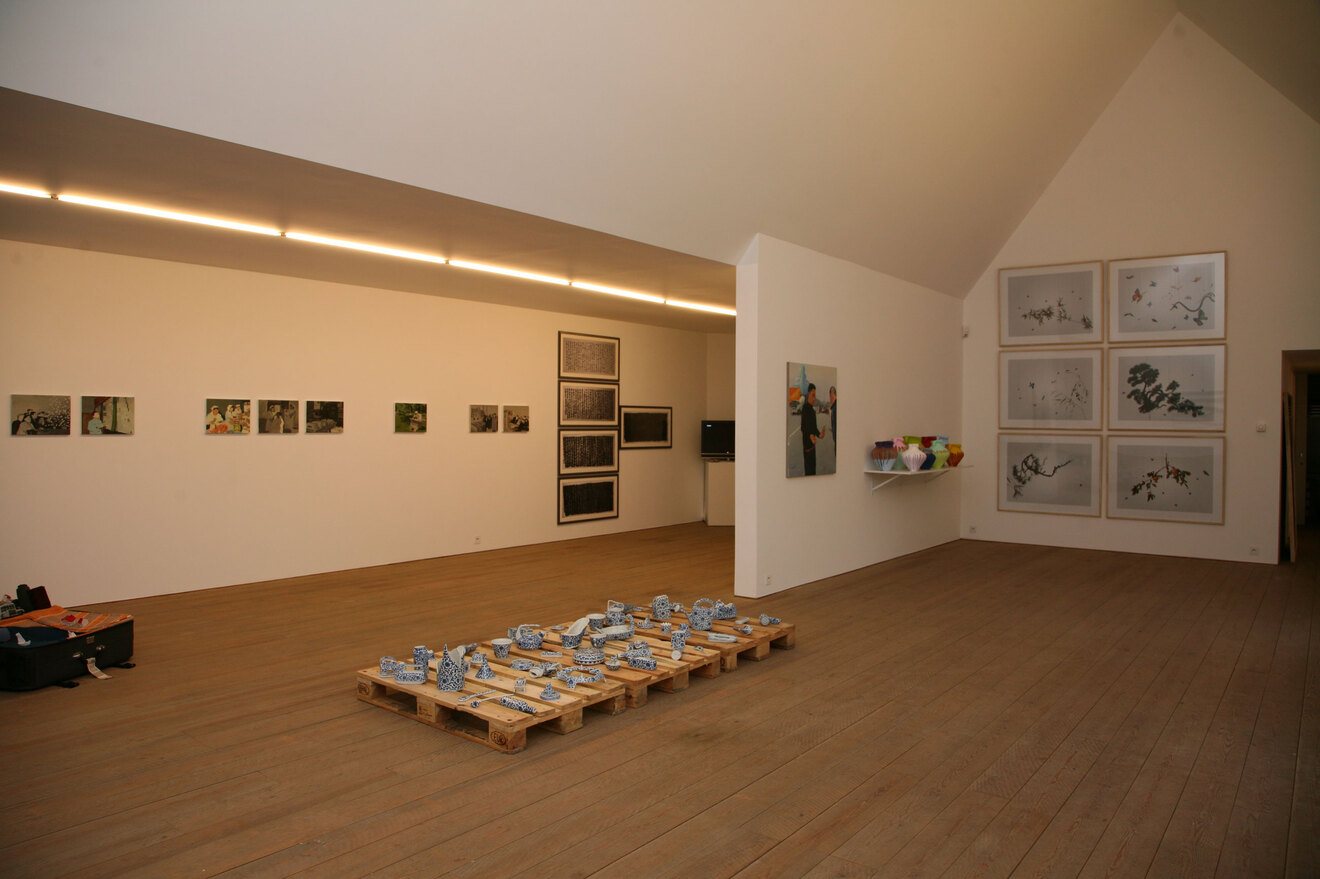 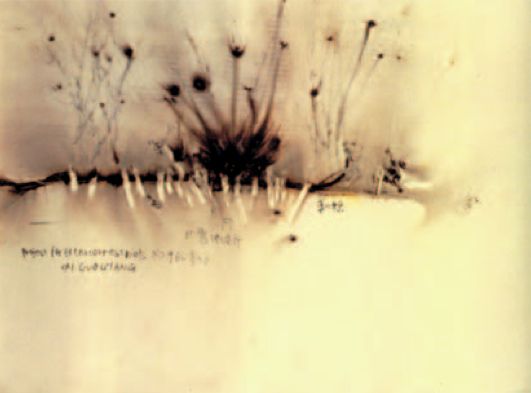 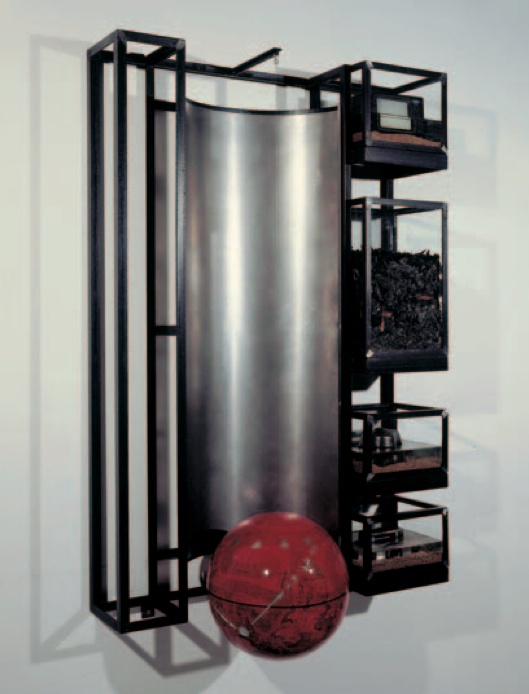 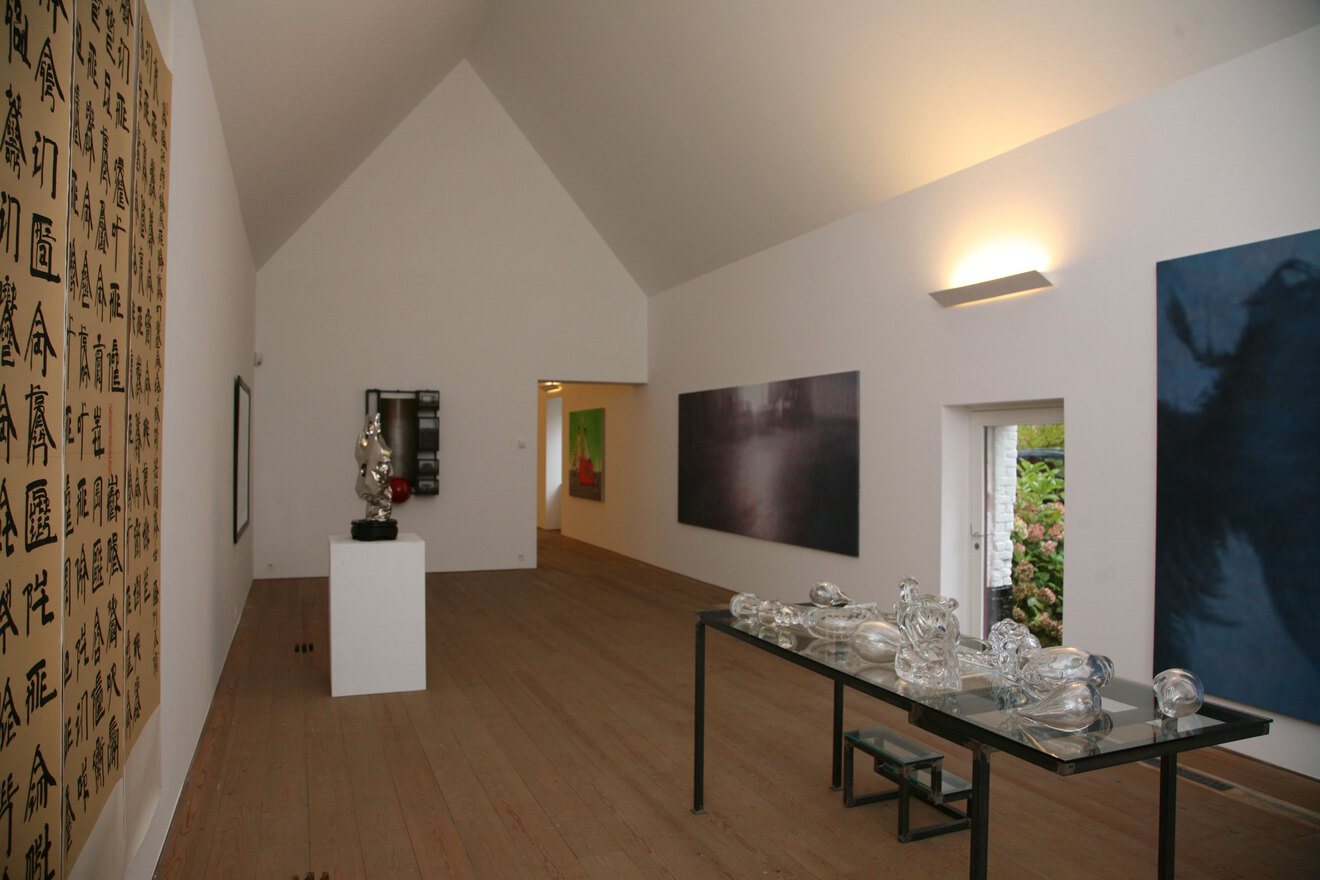 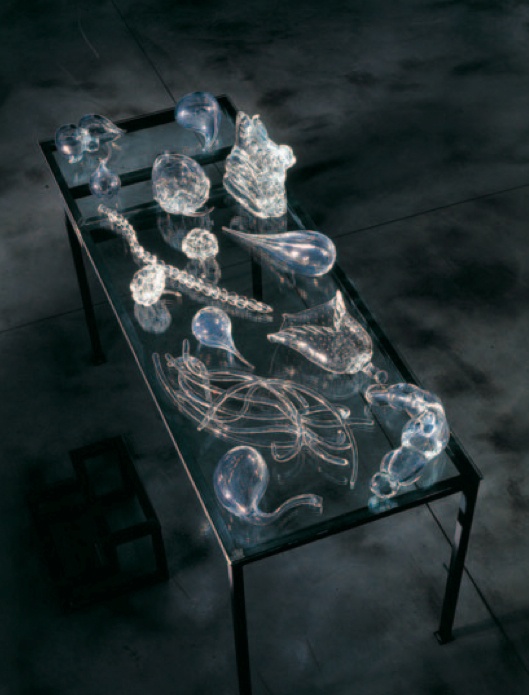 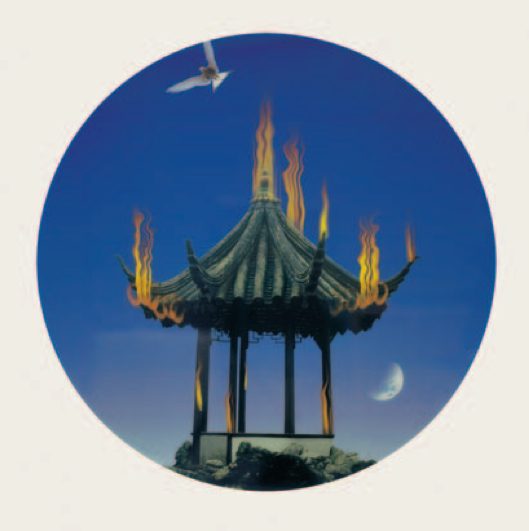 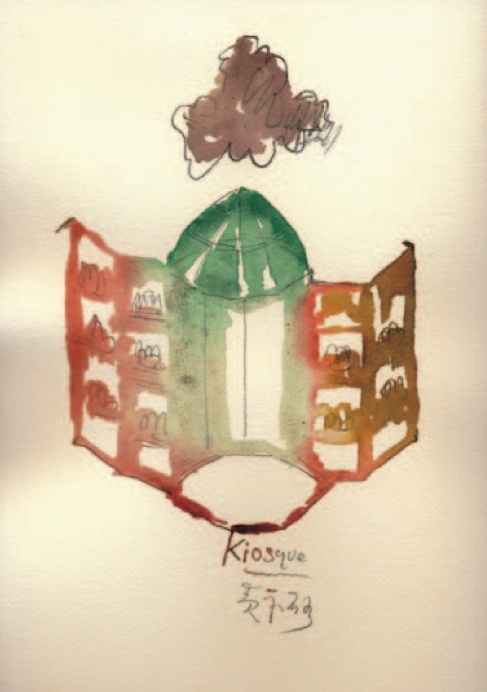 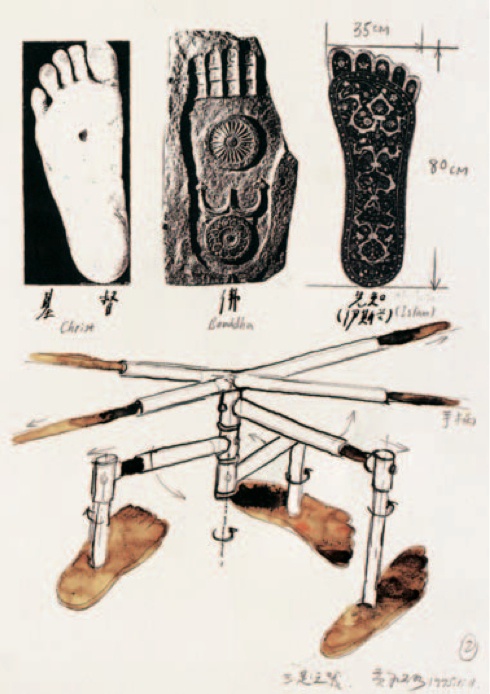 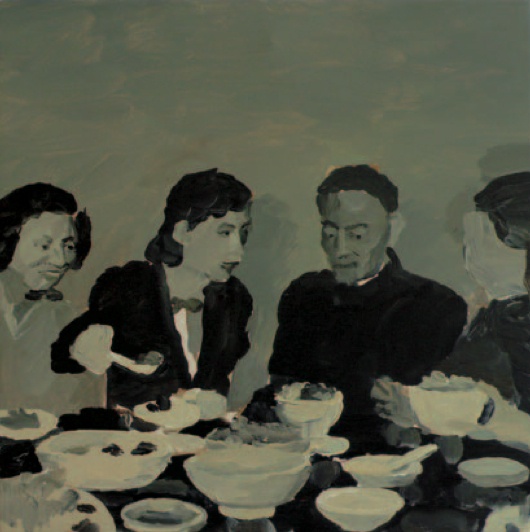 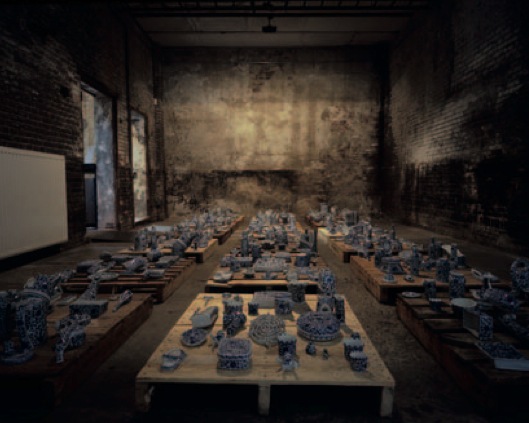 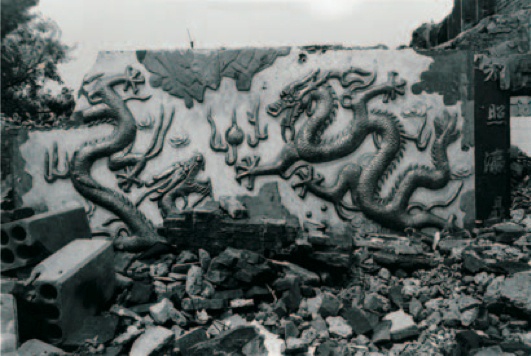 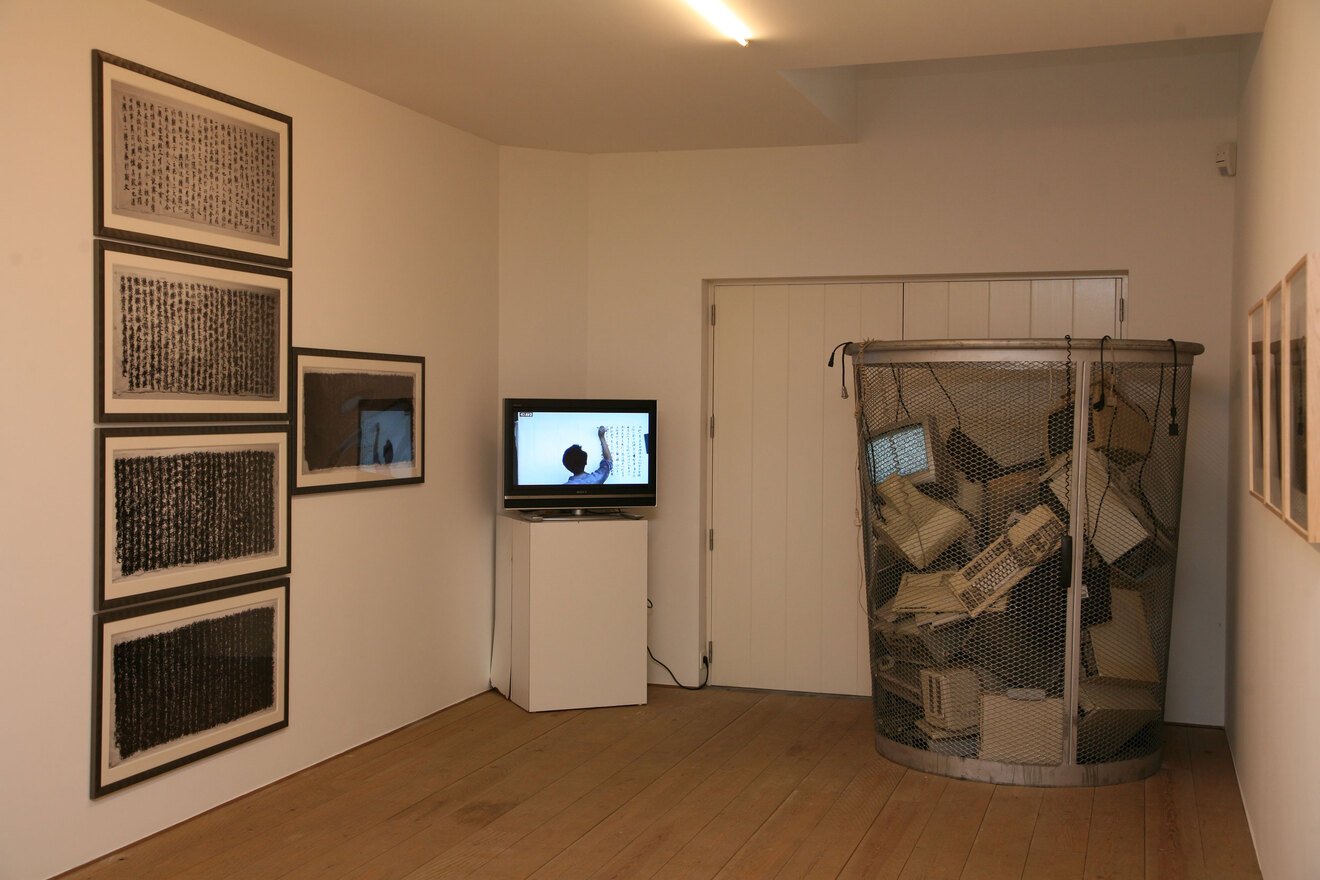 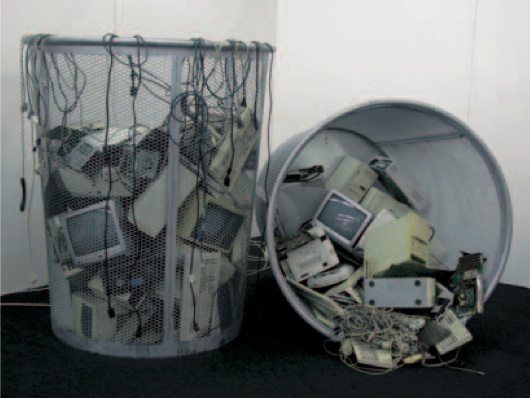 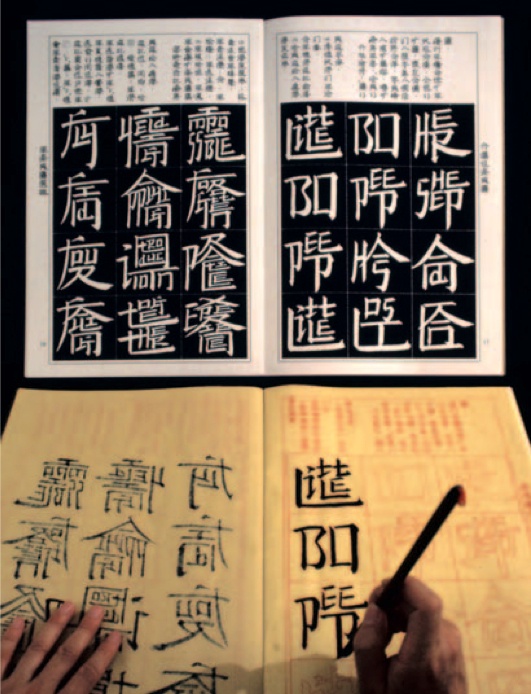 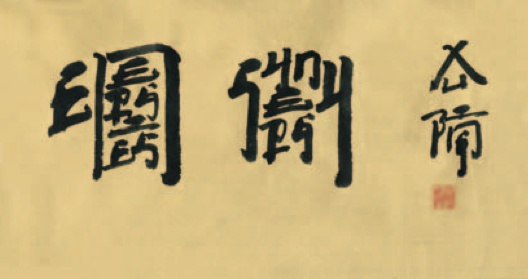 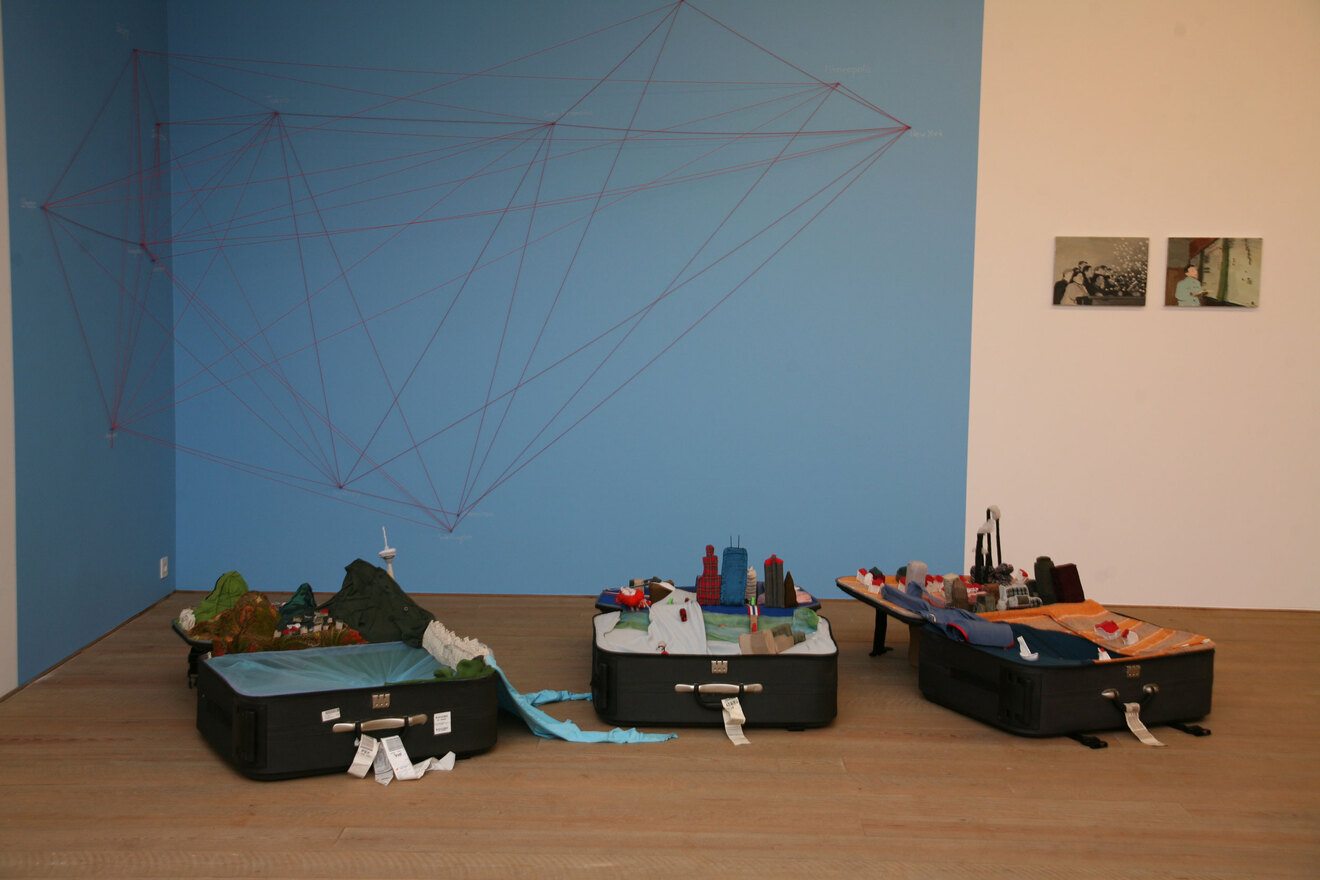 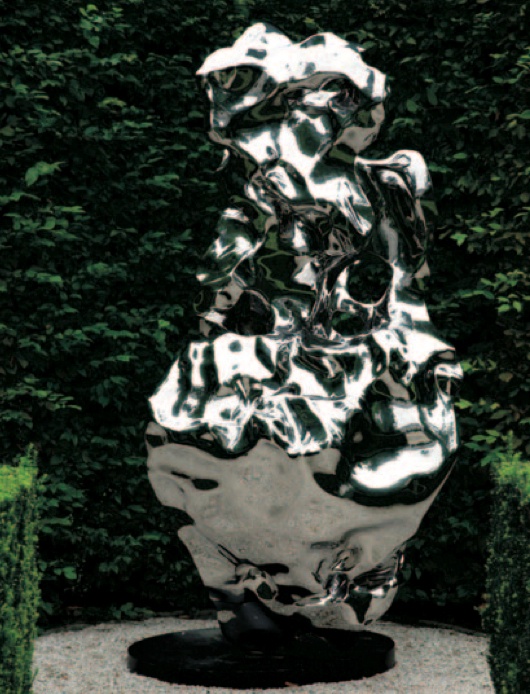 The contemporary art world craves for novelty: the best reason for Chinese art to be so trendy is also the worst one. Chinese art is new, brand new, here is the summary of its appeal. This fascination has indeed consequences in terms of what we see, thus what we like in Chinese art, or what we call Chinese art per se. Emerging through violent performances and radical installations, discovered in the early 90’s, Chinese art quickly spread in the international market with an easier product : paintings which directly or indirectly refered to political and social aspects of Communist culture. Another generation relied on video and photography to depict the amazing growth of the cities and the increasing changes in the economy.
But how much of our own culture is projected on this short history of Chinese art? How much of ourselves do we impose on the notion of being “Chinese”? Can the “Chinese art” figure be avoided, and is it possible instead to select a group of interesting artists in China? Once chosen without criteria of age and personal history or carrier, these individual paths have indeed common points, which depict another vision of art, as taking its origin in an Eastern part of the world and in a completely different civilization.
These common points seem to stem from a single principle : the tension between the individual and the group, identity and culture, has been for a long time, and still is for many reasons, completely different in China. History, tradition, ancestors and/or collective attitude are given a much stronger importance in this Eastern part of the world, than in our European culture. Here, in the West, the self, the single person, is somehow always protected, or at least taken for granted, thanks to our definition of philosophy, the strength of psychoanalysis and the developments of Occidental medicine. The shape of occidental art history reflects this definition of the self : avant-garde and invention are at the core of our definition of the 20th century. In China, these notions are still goals to fight for.
Therefore the questioning of what is identity, or the shaping of an artist’s critical point of view takes on a deeper significance in the East. There, a singular energy is often defined in contrast to a collective one; difference or critic have had strong consequences in the recent past: whereas emigration, exile, or actual geographical distance… By the same token, collective impulse, and synergies are more respected in Chinese culture; balance and harmonies driven from contrasting forces are considered as positive and a subject in itself.

Individual energies, collective synergy : the exhibition relies indeed on those simple principles. The regional diversity in the artists origins is part of the explanation, but also the width of generations : a group of mature artist, born in the 50’s and mostly living outside China, coexist with a younger generation who has stayed and reacted differently to difficult conditions, and a still younger generation who has been quickly recognized by the art world. Still, it is amazing to see how much they have in common : their understanding of tradition as an essential base for aesthetic, their taking into account of the violence of chinese expansion -urban, economical, and the necessity of exile, either actual or metaphorical.
It’s interesting to point how Chinese culture, including visual arts, still refers strongly to tradition as a positive asset, and relies on another notion of time – cyclic, repeating, re using the same forms over and over again. Calligraphy (Xu Bing), classical compositions in ink art (Hong Lei), or found stones (Zhan Wang) are three examples of these recurring forms, treated by three contemporary artists very much in a Chinese manner : that is, not new, but only slightly differently the same. Art lies as much in the slight difference as in the recurrence. The use of actual historical or traditional objects is recurrent in many artists’ works (Ai Weiwei), but they can also be mimicked (Huang Yongping) or poetically evoked (Chen Zhen).
A trip in China calls for disgust or fear : the worst of our future is here already in the enormous megalopoles spreading over the destroyed monuments of the past, in an apology of consumerism grown out of years of starvation. Criticism would be too slow, history is over before it’s even started. Very little is left of recent history, and the artist is a rare witness of its ruins (Rong Rong). To react against this massive expansion and this distortion of time, only passive resistance seems available. Either you accept that images are stronger than what they come from, that virtual has taken over the real (Wang Du); or you create very personal images between painting and photography (Qiu Xiao Fei) to save the idea of Past; or again you invent a very personal space, where City rimes with Poetry (Yin Xiuzhen).
An important number of artist have indeed chosen to exile ; the reasons differing from one generation to another. But all of them had to reinvent a specific vocabulary between the rules of tradition they escaped but for a part admired, and the occidental world they had to embrace but with a critical distance. Whether in Paris, France (Chen Zhen, Huang Yongping), Amsterdam, Netherlands (Ni Haifeng), New York, USA ( Cai Guoqiang), they use the medium of installation to mix bits of their original culture as seen from afar, and parts of a world they inhabited as seen from an exile’s distanced point of vue. There is no point in choosing between modernity and tradition, Orient and Occident : as an exile you have to create a go-between space, and an in-between time. Painting as a technique from the past can be used as a mean for an “inner exile” (Xie Nanxing, Wang Xingwei).

Ai Weiwei (°1957 in Beijing, left China for the US in 1981 and came back in 1993). He lives now in Beijing. Artist, but also architect, curator and art educator, heis known for his re-use of everyday objects or real antiques in installations, wich put into question the role of authorship.

Cai Guoqiang (°1957 in Guangzhou, in the Fujian province). Graduated at the Department of stage design of Shanghai Academy of Drama in 1985. He moved to New York in 1995. In 1999 he received the winning award for his installation in the 48th Venice Biennale. He is also known for his site-specific gunpowder events, wich started in the mid-1980’s: projects in small-scale drawings, actual grand-scale pyrotechnic events coexist with unrealized projects.

Chen Zhen (°1955 in Shanghai). Graduated from the Department of set design of the Academy of Drama in Shangai, and moved to France where he studied at the Ecole Nationale des Beaux Arts in Paris from 1986 to 1989. He died in 2000 in Paris. Most of his work does indeed draw on a traditional Chinese belief that one must treat the entire body rather than just the disease; it offered him a metaphor of an ideal, and still-to-find balance between Oriental and Occidental culture.

Hong Lei (°1960 in Jiangsu, China). Graduated in 1987 at hte Art Department of Nanjing Academy of Arts, Jiangsu. His photographs use elements and symbols of traditional Chinese art, transforming them into a surreal dream landscape by photo editing and collages.

Ni Haifeng (°1964 in Zhoushan, China). Graduated in 1986 from Zhejiang Academy of Fine Arts (now China Academy of Fine Arts) and emigrated to the Netherlands in the mid 90’s. He currently lives in Amsterdam. Continuously facing the otherness of his Chinese background within a Westen-European society, in 1999 he embarked on a long reflection about the history of CHinese porcelain and how its trade reflects the making of Eastern as well as Oriental identity.

Qiu Xiao Fei (°1977 in Harbin, Hei Longjiang). Graduated in 2002 from the Central Academy of Fine Arts in Beijing, where he currently lives. Determined to paint something different from what was being identified as Chinese painting, he chose to paint miniature paintings resembling a photo album and related to his personal memories.

Qiu Zhijie (°1969 in Fujian). Graduated in 1992 from the Zhejiang Academy of Fine Arts in Hangzhou. He currently lives and works in Beijing. With manydifferent media he questions the ambiguity of the model and the two-fold use of tradition in Chinese culture, using mostly the example of calligraphy.

Rong Rong (°1968 in Zhangzhou, Fujian). He began studying photography and taking photos in 1988. In 1992 he entered the photography department of the Central Industrial Art Institute, Beijing and a year later he moved to Beijing’s “East Village” where he began a long-term photographic study on the avant-garde artists who were living there. In 2000 he started to make collaborative works with Inri, whom he now lives with in Beijing.

Wang Du (°1956 in Wuhan, Hubei). Studied at the Art Academy of Guangzhou until 1985, became an art teacher. He personally engaged in the demonstration for democracy in Guangzhouin 1989. He spent a year in jail and immigrated into France in 1990, where he teches art. He lives in Alfortville near Paris, France. He is known for his use of media as material, out of wich he sets up monumental installations.

Wang Xingwei (°1969 in Shenyang, Liaoning). Graduated in the Fine Arts Department of Shenyang University. He has been living in Shanghai since 2002. Choosing painting because of its rich historical connotations, he regularly switches from one style to another, adapting his technique and imagery nearly every year.

Xie Nanxing (°1970 in Chongqing, lives in Beijing and Chengdu, where he teaches at Southwest Communications University). He graduated in 1996 at the Print Department of Sichuan Academy of Fine Arts of Chongqing. From a photo realistic style he moved on integrating video as a pictoral resource in 2001, and consequently created abstract, meditative images adopting the size of a movie screen.

Xu Bing (°1955 in Chongqing, lives and works between Beijing, China and New York, USA). He graduated in 1981 in the printmaking department of the Central Academy of Fine Arts Beijing. He immigrated to the United States in 1990 and in 1999 received the coveted MacArthur Fondation Genius Award. Working on the transferability of culture, he is known internationally for his ambitious interactive installations.

Yin Xiuzhen (°1963 in Beijing where she lives now). She graduated in Oil painting in 1989 at the Fine Arts department of the Capital Normal University of Beijing. She is considered one of the most influential Chinese women artists. Her cultural environments are related to the places she has been to. In 2001 she started the series of works “portable cities”, using old clothes of citizens from cities she had been visiting, and which she stores in a suitcase.

Zhan Wang (°1962 in Beijing, where he is still living now). He first has molded Mao suits into shapes of contorted bodies. In 1994, he engaged artworks, which can be conceptual, orchestrating happenings in demolition zones. In his sculptural works he creates wisdom garden rocks out of stainless steel.