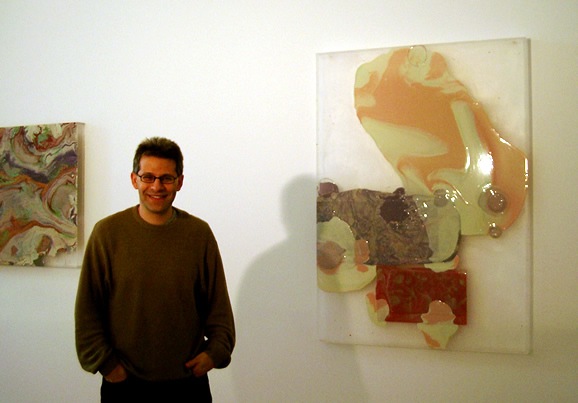 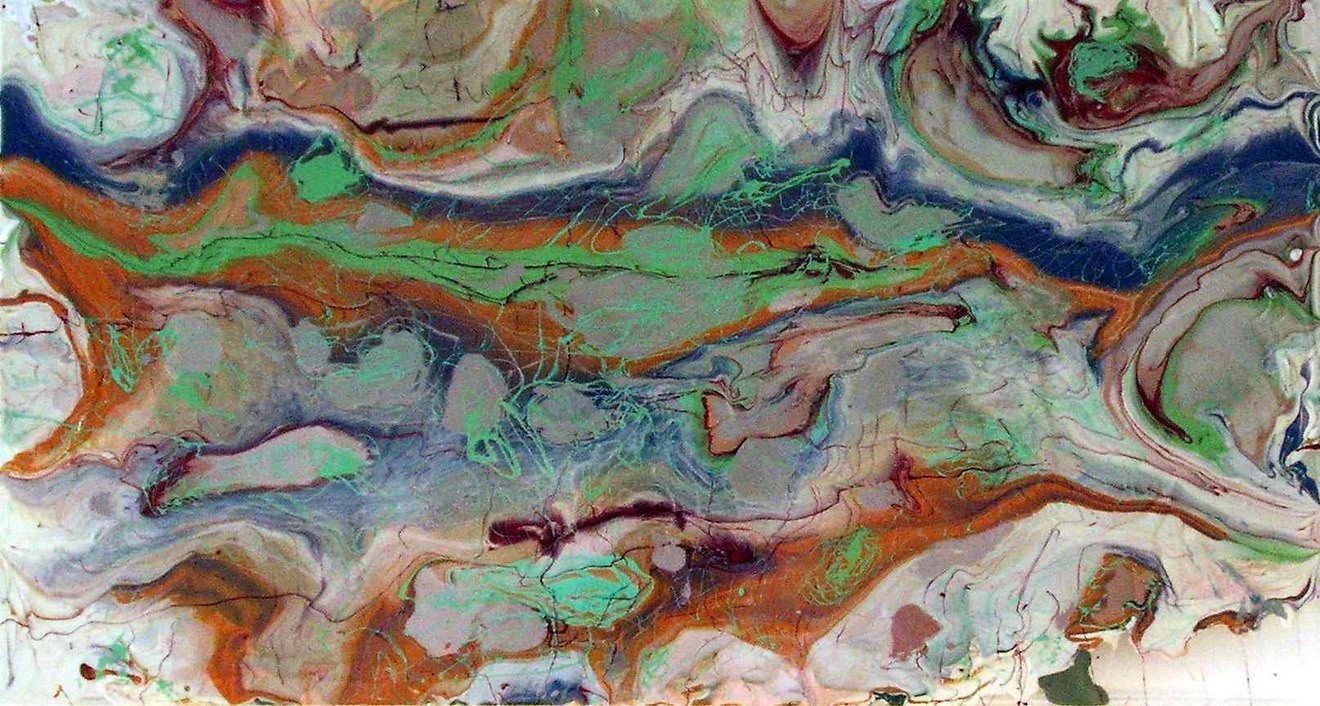 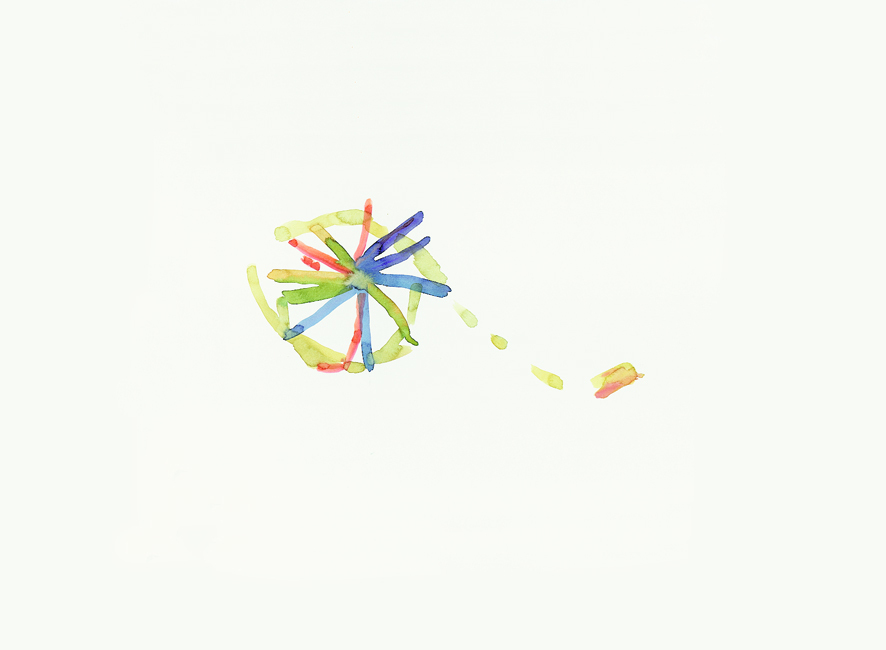 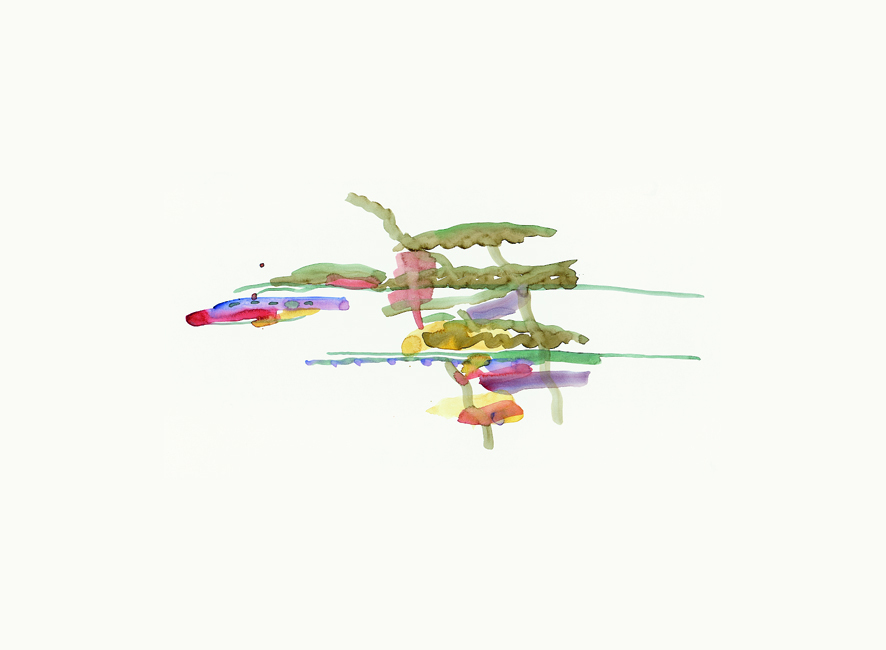 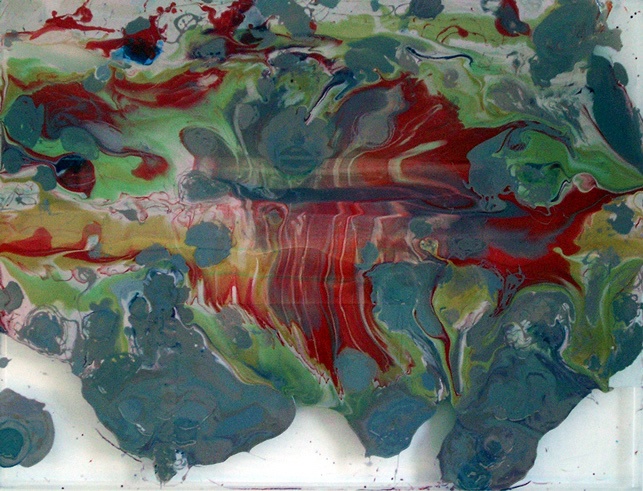 Since the end of the sixties, works on paper have been sporadic intermezzi within Helmut Dorner’s oeuvre as a whole, and they are strictly separated from painting both in time and place. Dorner works on them only during specific periods when he feels that the lighting conditions are favourable and he uses a different studio so as not to confront these fragile works with his large formats. This strict separation may be indicative of misgivings on the part of the artist who wonders just what such intermezzi accomplish, and whether drawings and watercolours can essentially rank on a par with paintings. However, such doubts apply not only to works on paper; they are inherent in Dorner’s work, whose means serve to pursue the question of the picture as synthesis, and whether synthesis is indeed possible at all.
Painting can extend this question in time and substance since it is possible to try and try again, by applying paint, removing it, and covering it with another layer, but the use of aquarelles reduces the question to one fortuitous moment. By means of a few scattered, coloured markings, a configuration emerges in which the movement of the brush, the motif and pictorial space are intertwined. The movement of the brush is hesitant, arrests the flow, coalesces and becomes mere dabs of colour, then turns around and starts again – creeping up on its own intentions. Motif does not mean depiction of an object but rather a chance point of departure – a figure, a thought or a word – which ultimately gives the watercolour its enigmatic form. The execution of the watercolour delineates space not as a container, a box or a stage, but rather as a constantly reconfigured, unpretentious situation, in the process of which the motifs are divested of all personal vestiges.
In spring 2002 Helmut Dorner created a body of pictures in a concentrated period of work, using larger formats than usual, as if to underscore the independent nature of these works. The extremely diluted, pallid watercolours, the brittle mood of the earlier works is now complemented by stronger hues which correspond to the speckled puddles of colour in the recent paintings. In the watercolours these markings are scattered on the paper but do not cover it entirely. They do not start from the centre but rather emerge from the indifferent white by beginning in several places at once. A movement, a line – almost written – or a series of dabs at times lend orientation to the surface. The superimposed watercolour washes seem to cancel out the contradictions which painting is compelled to confront and work out with its own energy. Every watercolour begins with the certainty that it has always already begun and will never come to a conclusive end.
Dieter Schwarz