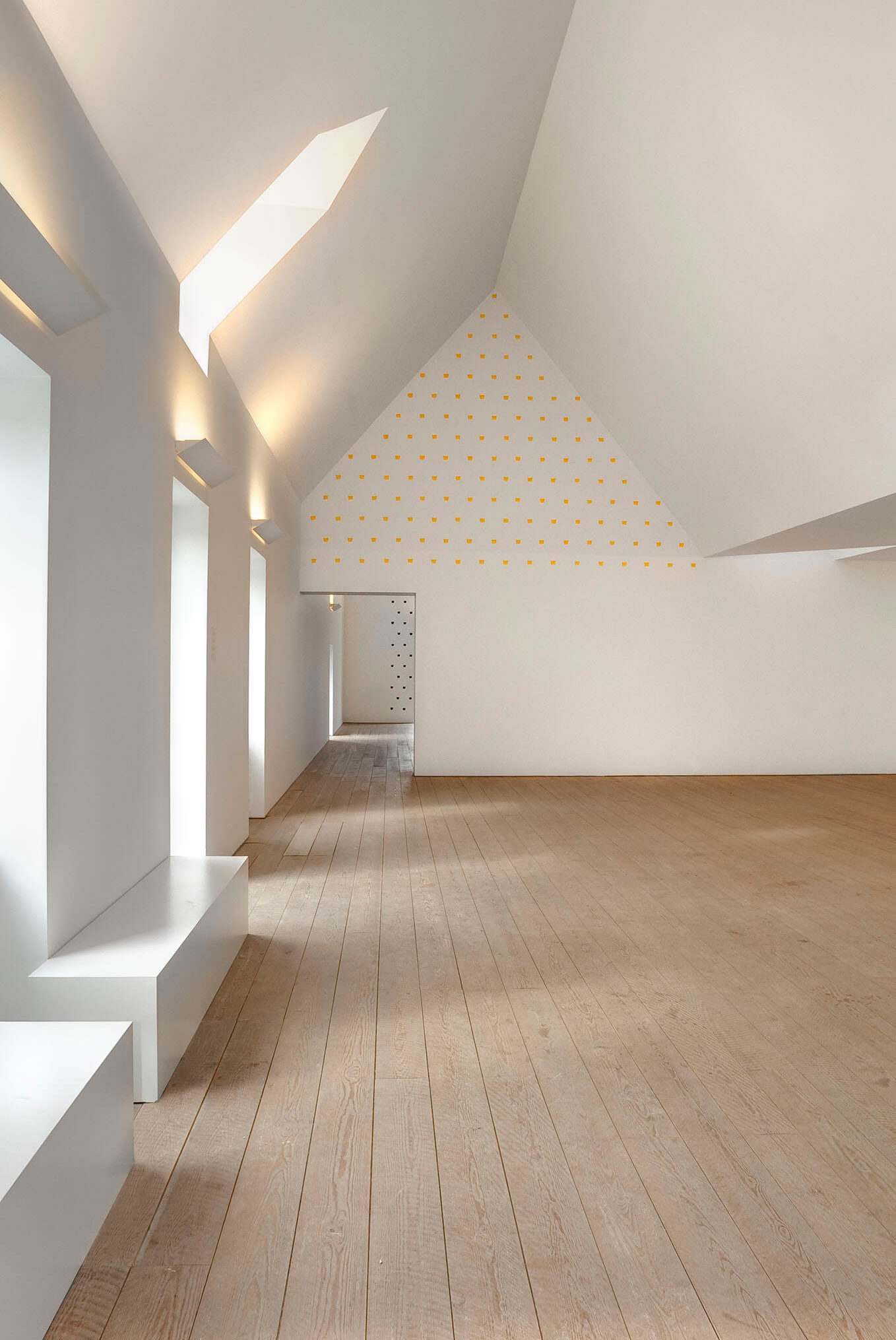 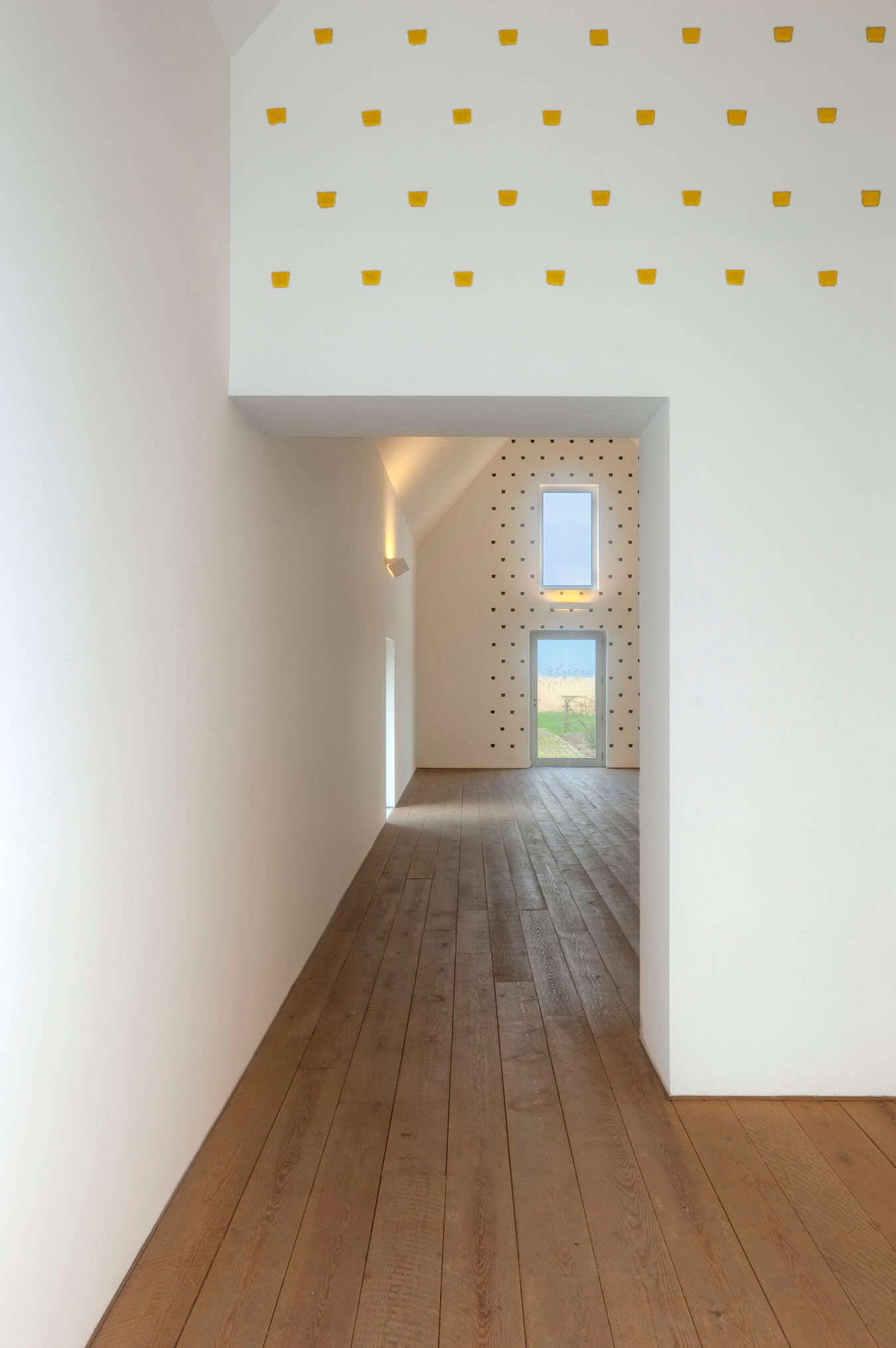 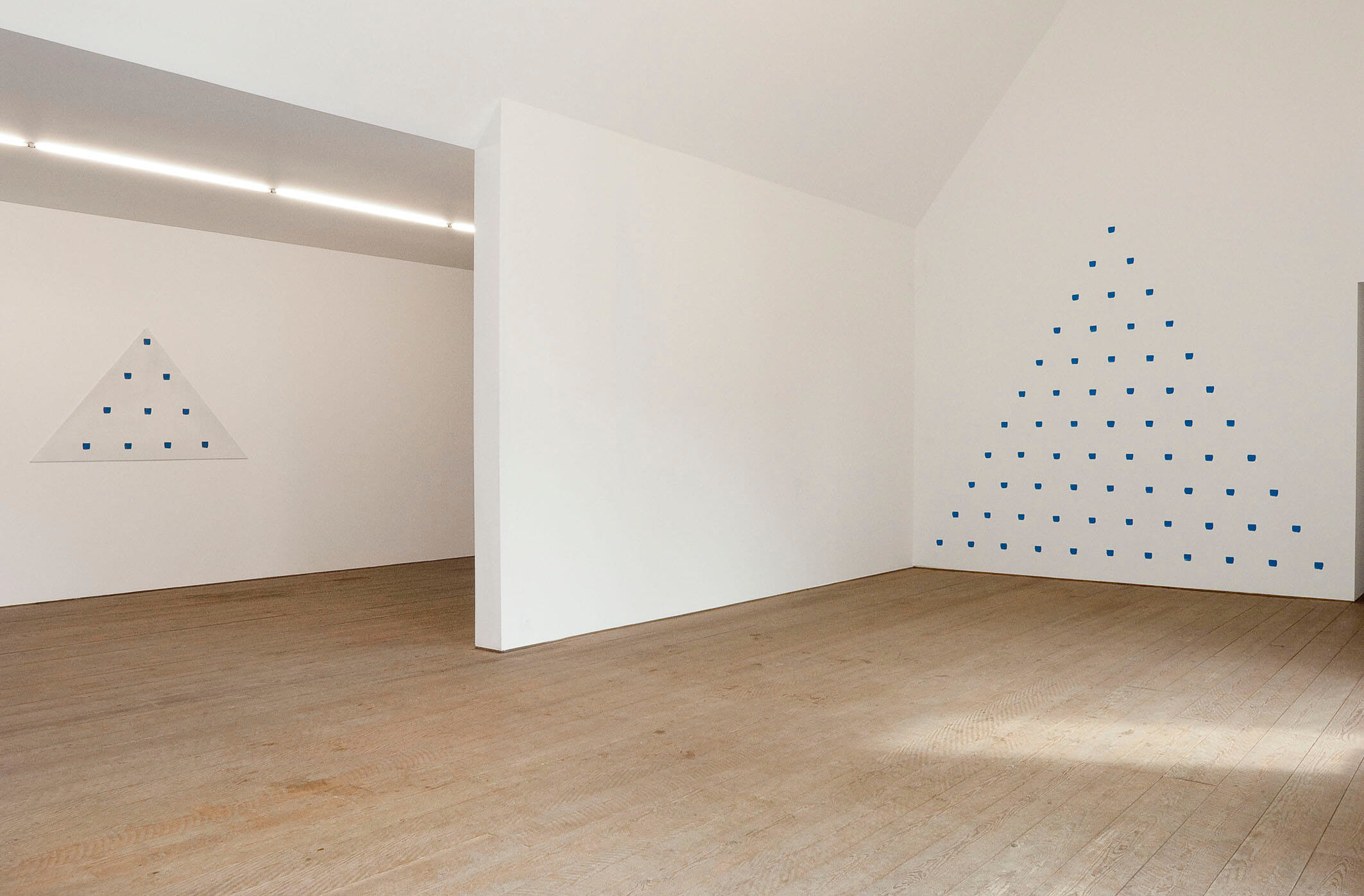 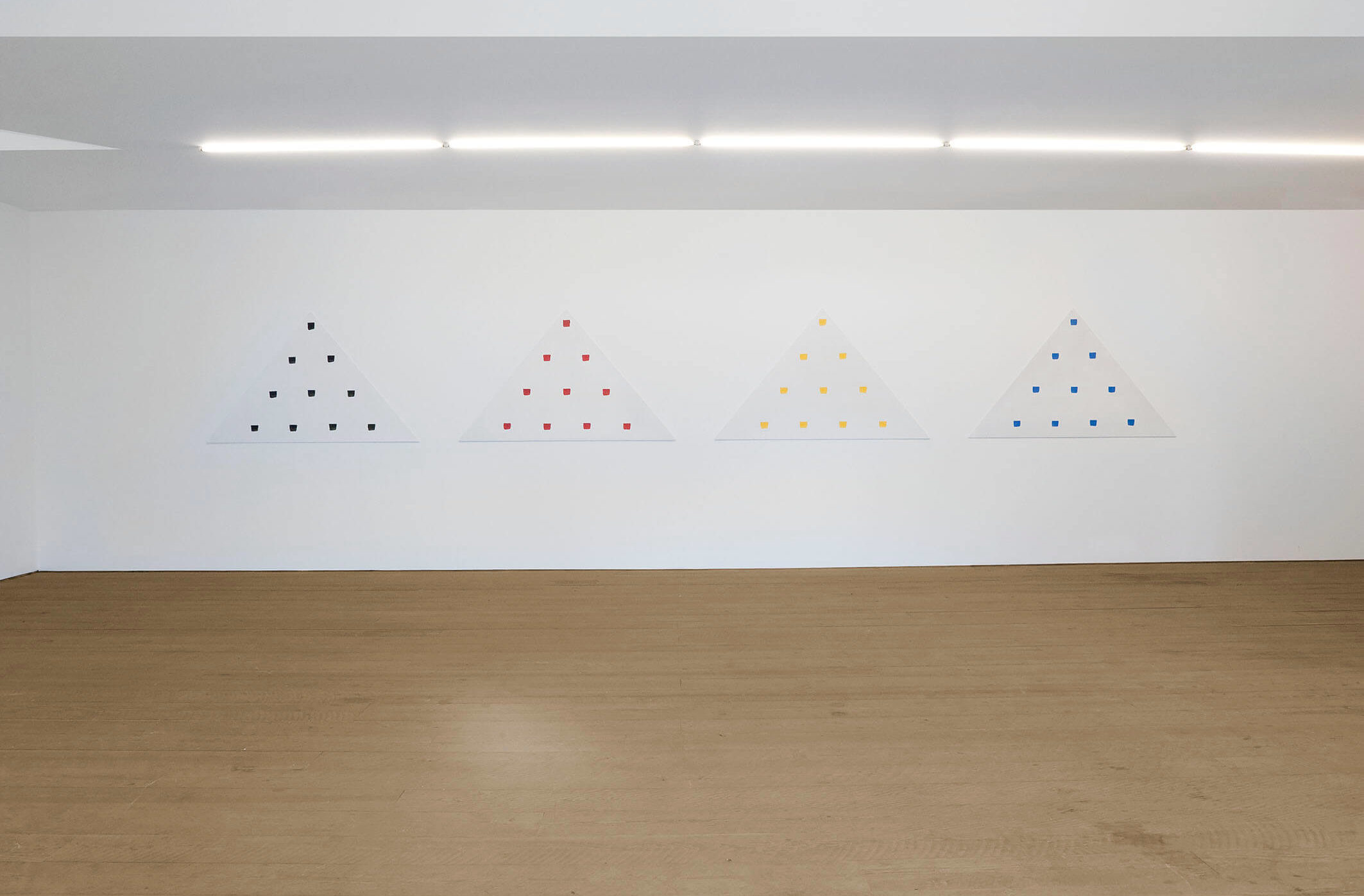 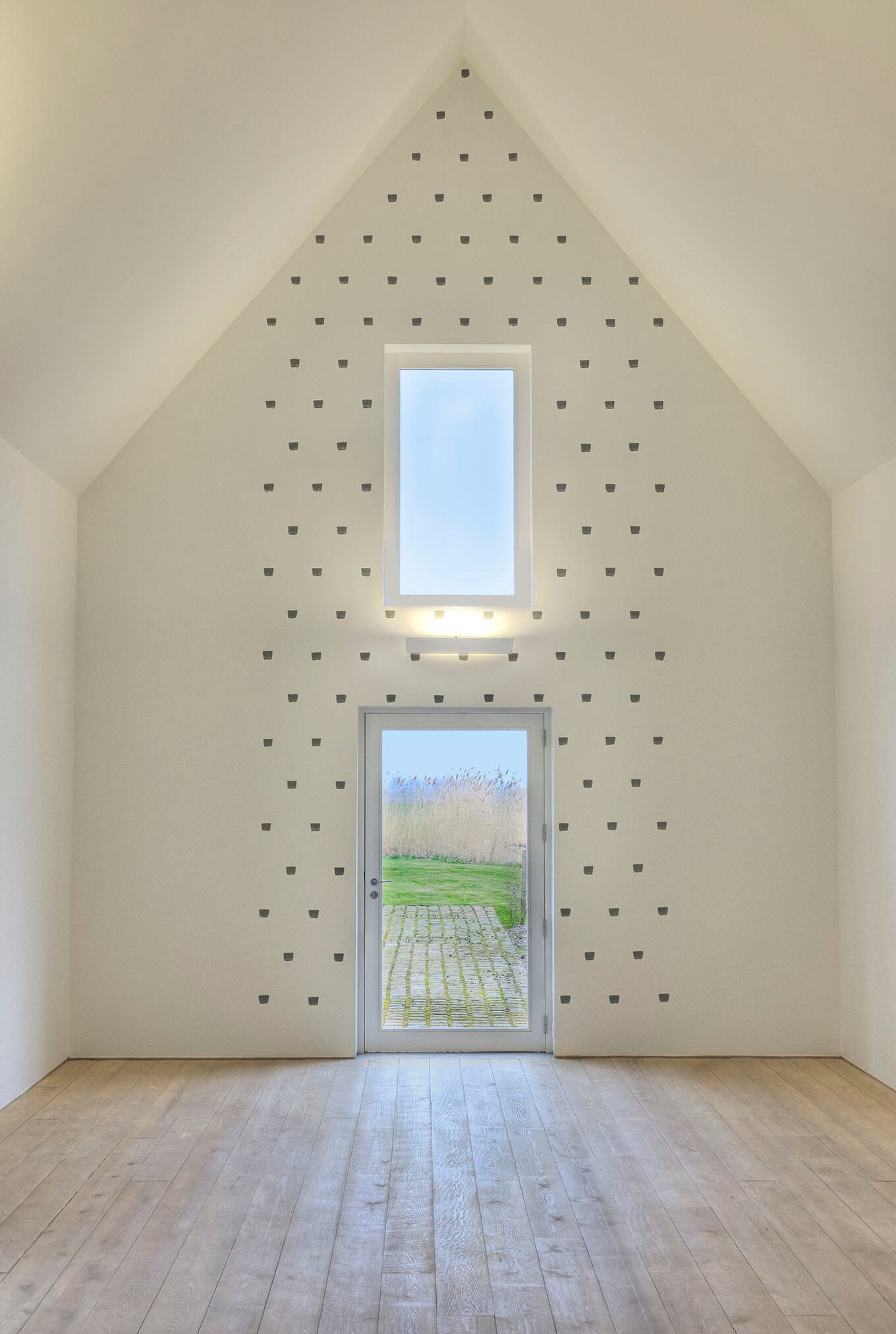 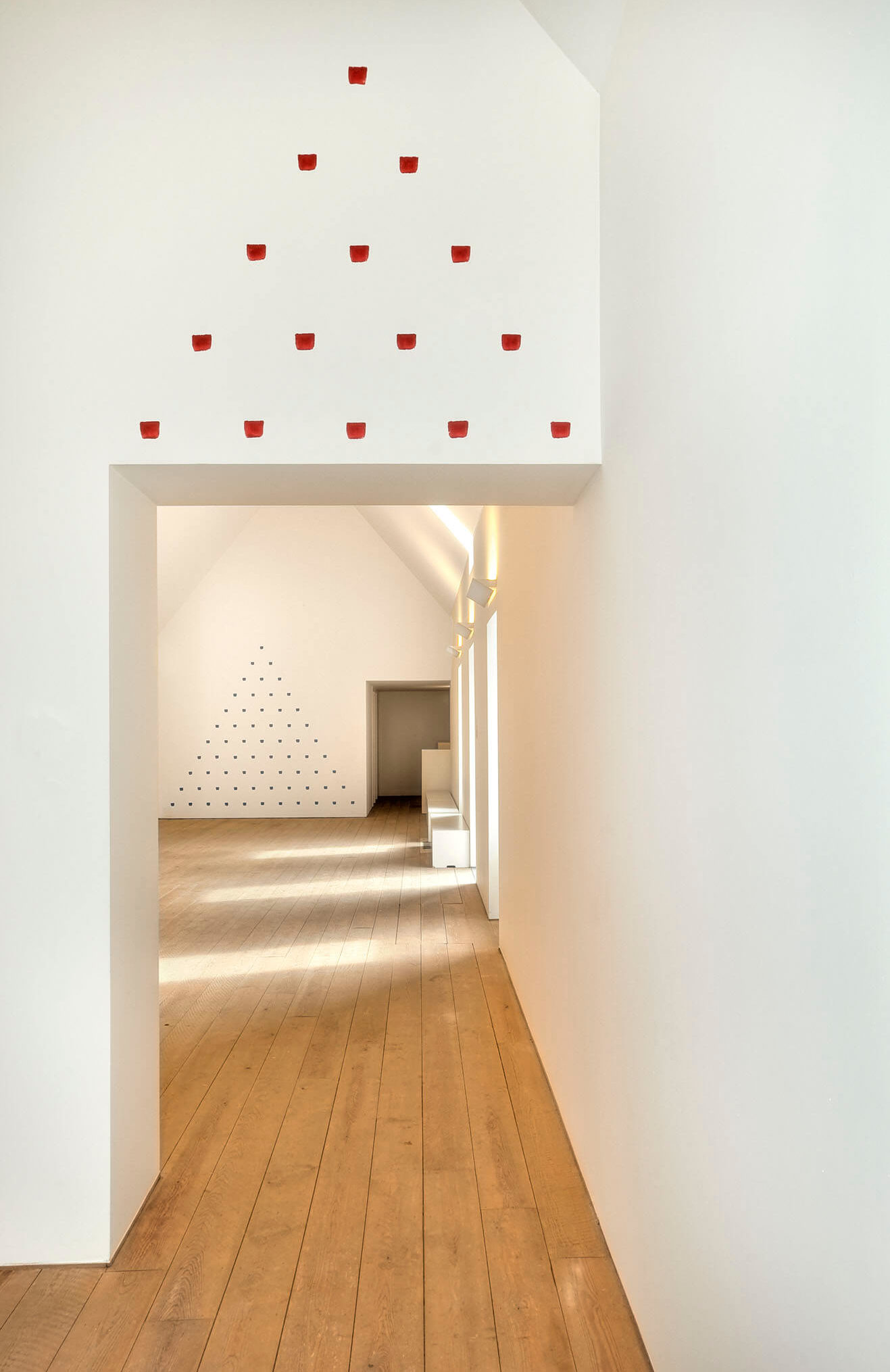 My great Utopia, my great folly, is to believe that even after Pollock there is still something that can be done without using a pre-existing form – either by debasing it or by making it more precious. What I call “imprint of a no. 50 brush”, is a form that does not exist. I called it that because it is the result of a work of painting: apply the hairy part of the brush, the bit used for painting, to a given surface, so that the colour is deposited there and becomes visible. Now a spot of colour can be seen, obtained by applying a brush to a support. But, according to the Petit Robert dictionary of the French language, the verb appliquer – to apply – means to put one thing on top of another so that it covers it, adheres to it or leaves an imprint on it.” It is there- fore not I who leaves an imprint, it is the no. 50 brush!

So, rather than talking of spots, of vaguely quadrangular forms or of brushstrokes, it seemed obvious to me that it was simplest to call the “thing” “imprint of a no.50 brush”. Which is what it is. The imprint is just there to be seen. It originates from a 50mm wide brush. The imprint is the form that this pictorial tool, laden with paint, leaves on the support to which it is applied. So this form only exists because there has been an act of painting and not because I woke up one fine day and said: “Ah! That’s a beautiful form!” That is why cutting out some form or other, either in the style of Matisse or geometric – since that is trendy again now – and repeat- ing it indefinitely doesn’t interest me at all, whether it is cut out, imprinted or collage.

Work Method: a no. 15 paintbrush is applied to a given support at regular intervals of 30 cm.

Support: canvas, cotton, paper, waxed canvas, wall, floor, etc., usually a white background.
Apply: to put one thing on top of another so that it covers it, adheres to it or leaves an imprint on it. (Translation of the definition of the French verb appliquer, to apply, in the Petit Robert Dictionary of the French language).
Paintbrush no. 50: 50mm-wide, flat paintbrush.
Interval: “… a space between things, points, limits, etc”. Merriam Webster’s Unabridged Dictionary.