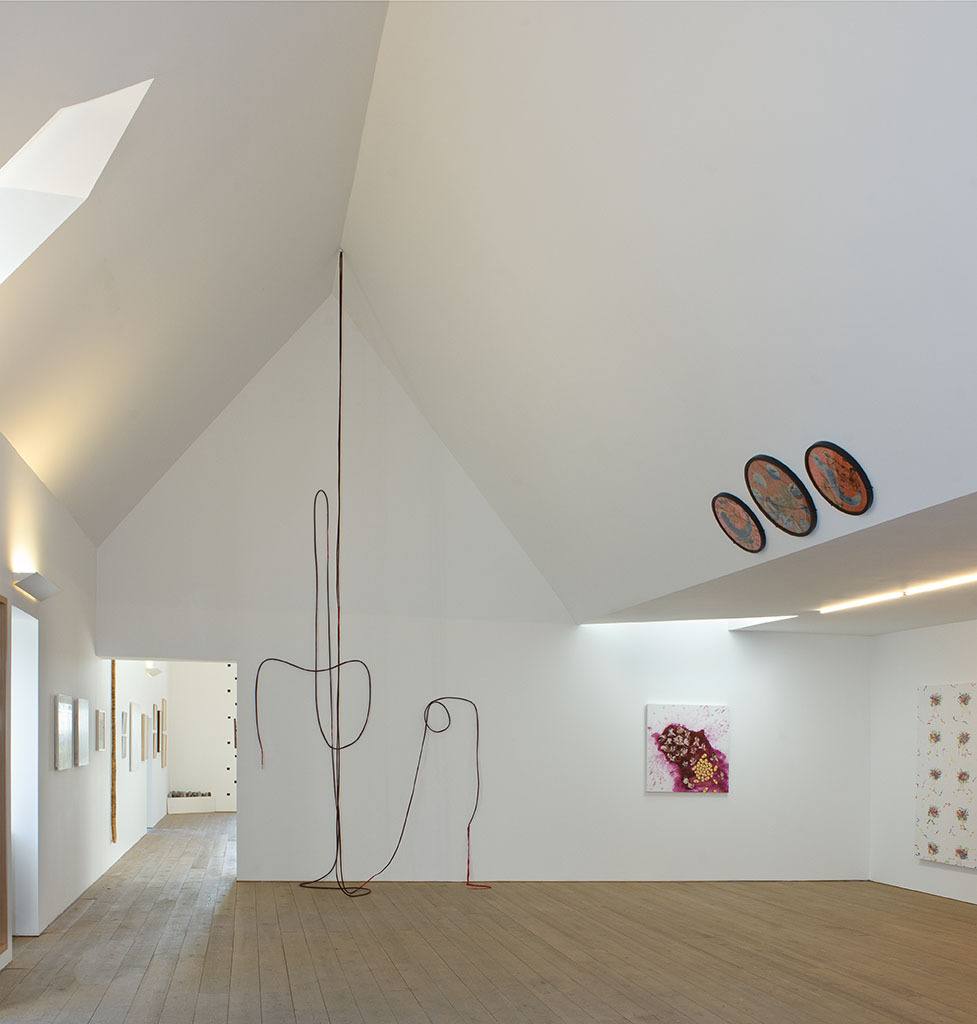 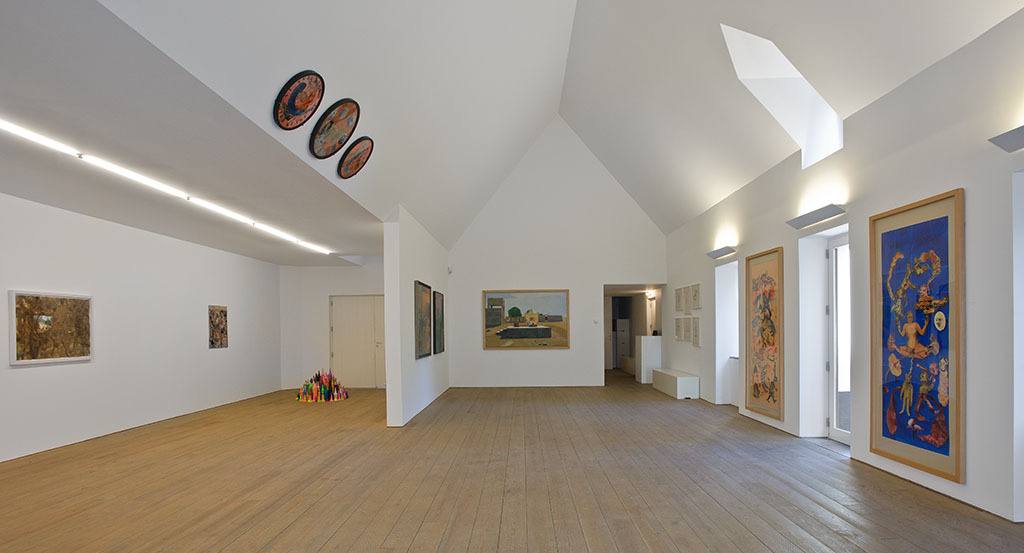 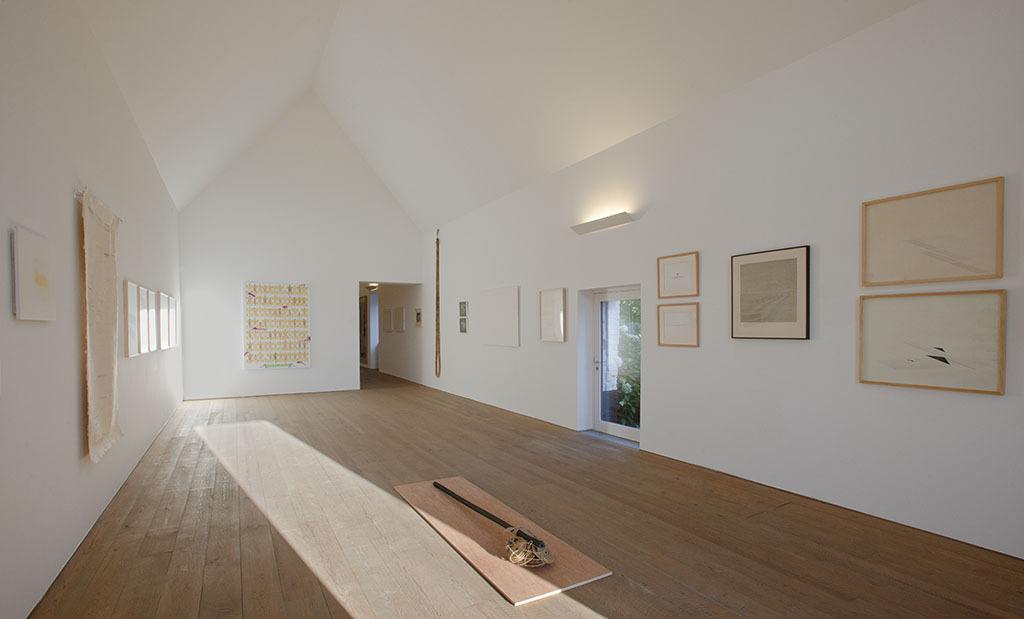 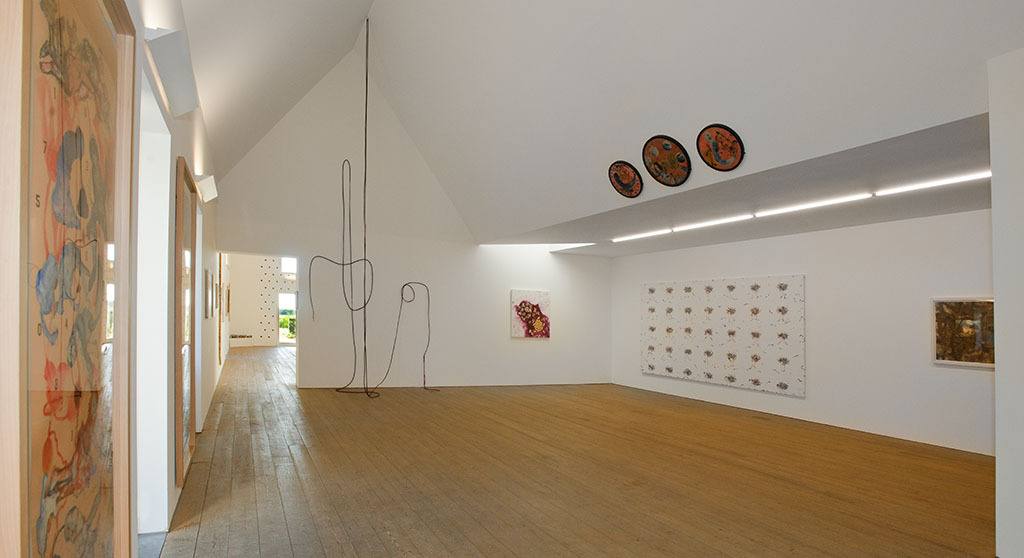 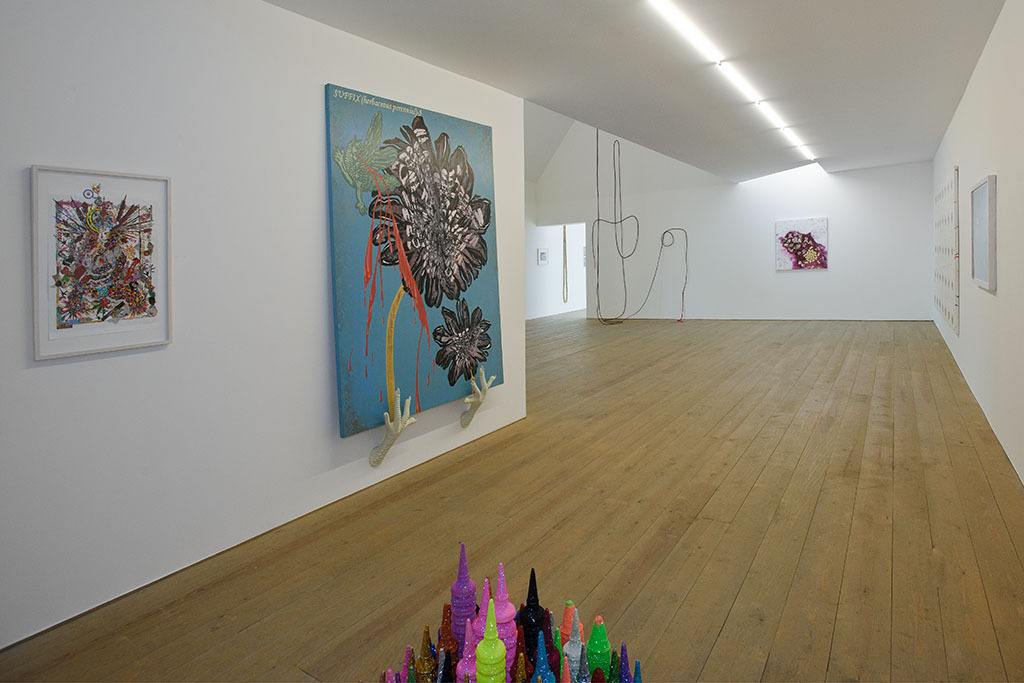 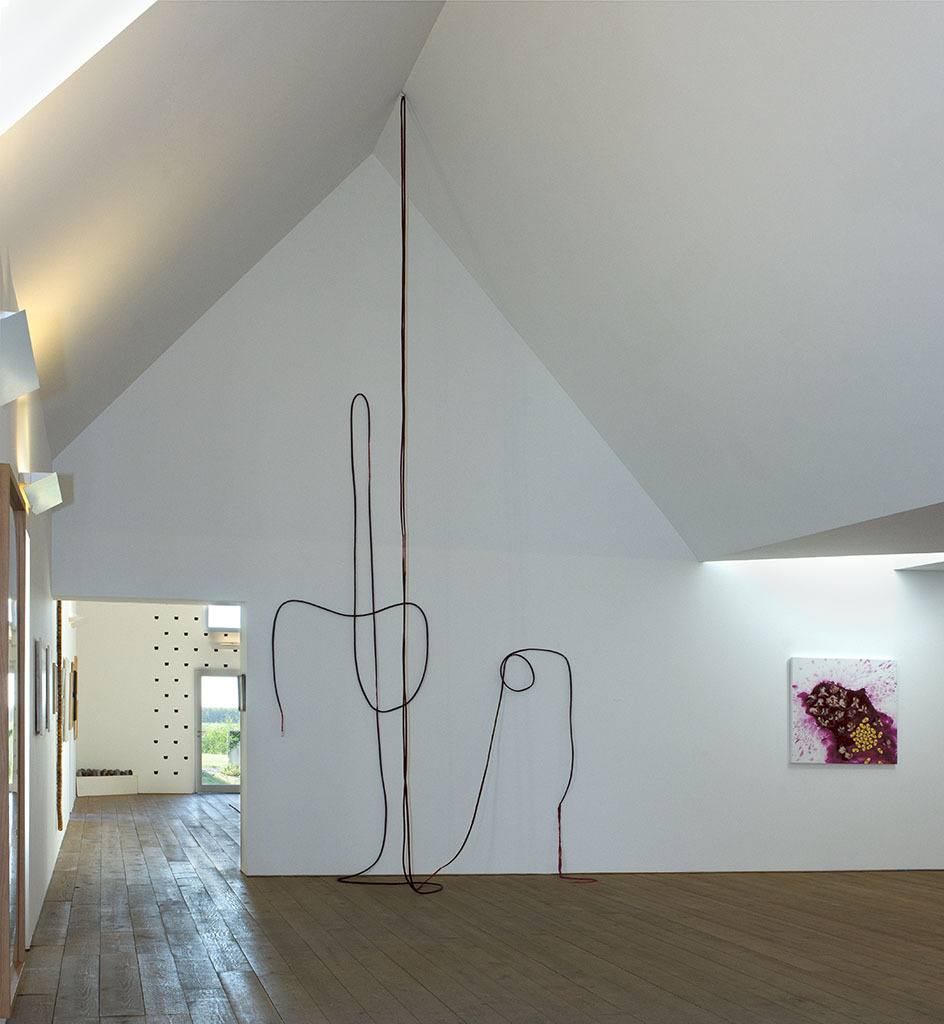 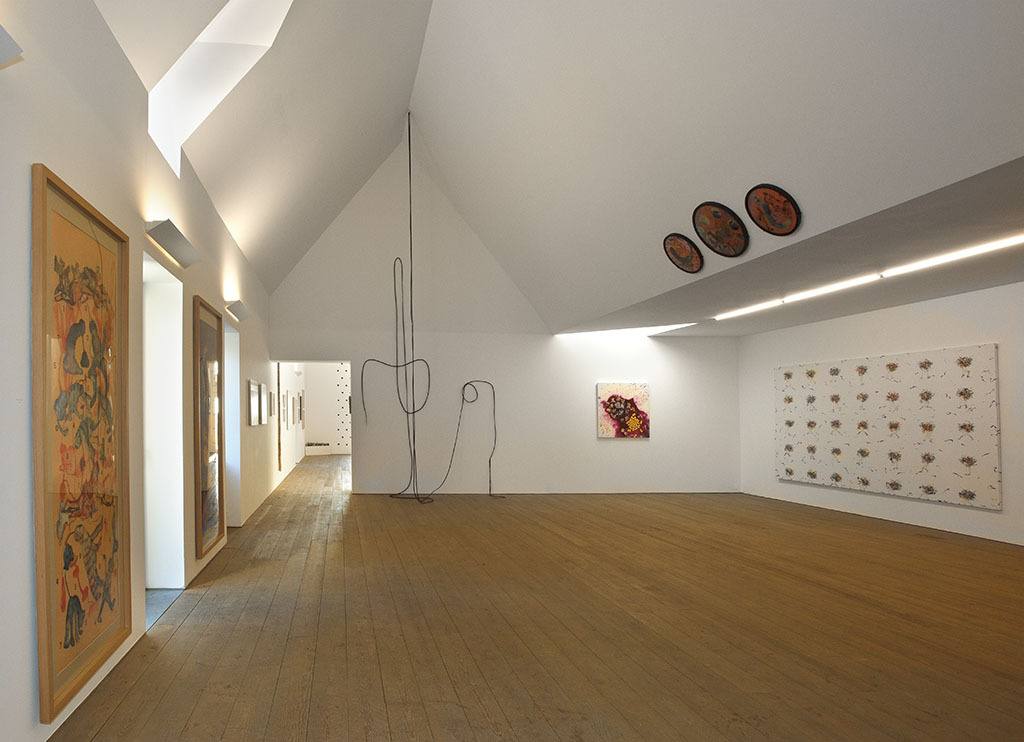 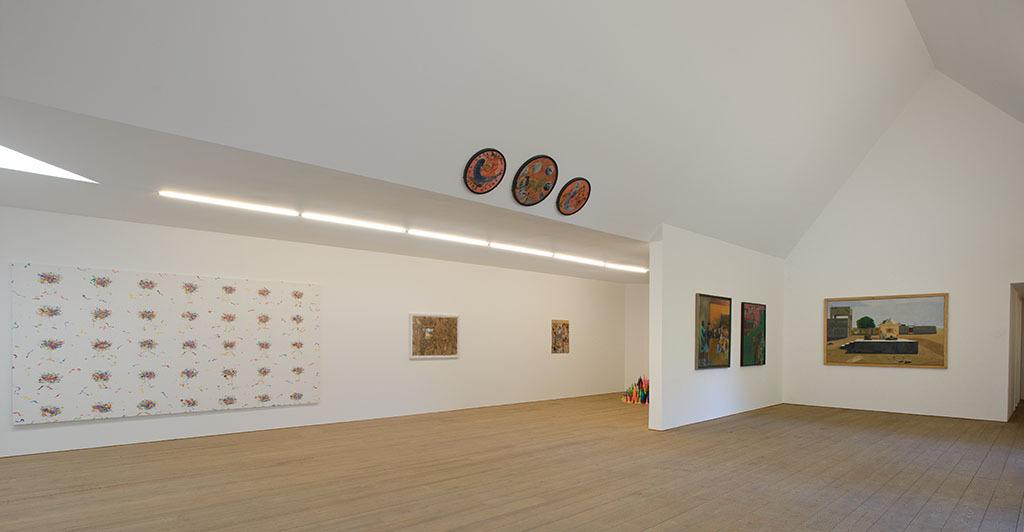 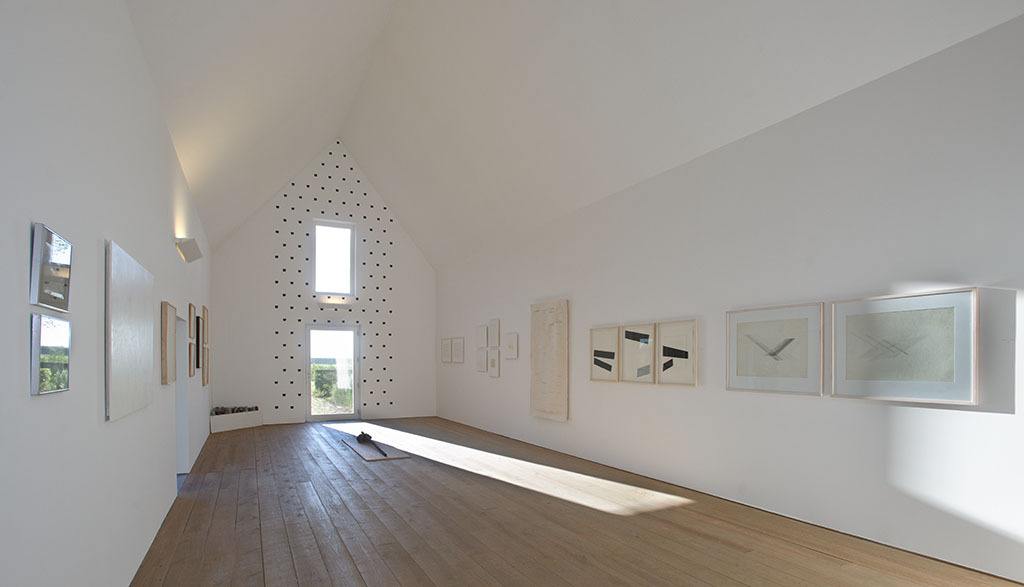 In the wake of the worldwide exposure to contemporary Indian art since the last ﬁfteen years, it is perhaps time to focus more pointedly on some aspects of the diversity of practices and the formal and thematic orientations that characterize it. The works gathered in this exhibition reflect two broadly defined axes :a “minimalist” strain that might come as a surprise to those habitually inclined to think of Indian art as given over to an iconographical excess or a form of “magic realism”. For some Indian artists, admittedly a minority, less is more. Work in this vein tends to be abstract, but an abstraction that is sensitive to the materials and mediums in question.

The other axis focuses on works rooted in a concrete social reality and reflects the vicissitudes of living in urban India. The representational strategies deployed manifest a lively interest in popular culture and vernacular idioms as well as art historical references. There is often an element of play, sometimes with a sly subversive edge.

The spare, pristine drawings of Nasreen Mohamedi (1937-1990) are unique in the history of Indian modernism for their exemplary rigour and precision. Her ﬁnely calibrated grids and razor-sharp lines and dynamic diagonals envision a non-objective world even as they describe an abyssal space.This striving for a spiritual poise also imbues the reﬁned geometrical forms, exquisite concision and subtle materiality of the works (in a variety of printmaking techniques) made by Zarina Hashmi (b.1937). Her acute sensitivity to the nuances of surface and texture ﬁnds an echo in the expanses of white monochromes inscribed with gold wire proposed by Prabhavathi Meppayil (b.1965). Their intriguing “emptiness” is a foil for the extreme delicacy of her transposition of artisanal techniques, namely goldsmithing, as a way of engaging with that emblematic modernist structure par excellence, the grid. The economy of means as both a formal procedure and a moral position is exemplified in the mixed media work of Sheela Gowda (b.1957). The poetic resonance of the seemingly archaic substances (such as cowdung, incense ash, rope) deployed by her also betokens a “truth to materials” that is the ethical and anthropological basis of her art.

Other kinds of “poor materials”, but whose provenance is in the lower depths of popular urban culture, are mined by Chila Kumari Burman (b.1957). Her witty collages and sculptural installations revel in the specious glitter of kitsch as a perverse element of female embellishment and empowerment. “The women’s question” has also long been the motivating device of the paintings of Nalini Malani (b.1946), but her pictorial frame of reference is more attuned to the image bank of the museum. Her works are complex allegories of female subjectivity as transcoded by archetypes in mythology and their art historical representations. In contrast, the paintings of Bhupen Khakhar (1934-2003) usually focus on the male body and the peculiarly Indian forms of conviviality in which it participates. His work affectionately chronicles the humdrum events and the occasions of social bonding in the everyday life of small town India. A more ironic and detached vision of the realities of the urban landscape is to be found in the work of Atul Dodiya (b.1959). He conceives of pictorial representation as a kind of conceptual jest, an artifice through which to frame the sheer heterogeneity (often verging on incongruousness) of the visual environment of metropolitan India. The imploding contradictions signalled by that environment is a major theme in the paintings of Jitish Kallat (b.1974). Fully assuming the infiltration of painting by the various technologies of mechanical reproduction, his mediated images are best described as agit pop, halfway between the civic imperative of the public mural and the seductions of the commercial billboard. Their heraldic frontality could be contrasted with the delicate figural delineations in the paintings of N.S. Harsha (b.1969). At once wry and comic and endearingly eccentric, his works are parables of the circulation of cultural signs and the manner in which these are interpellated in the “great game” of globalization.