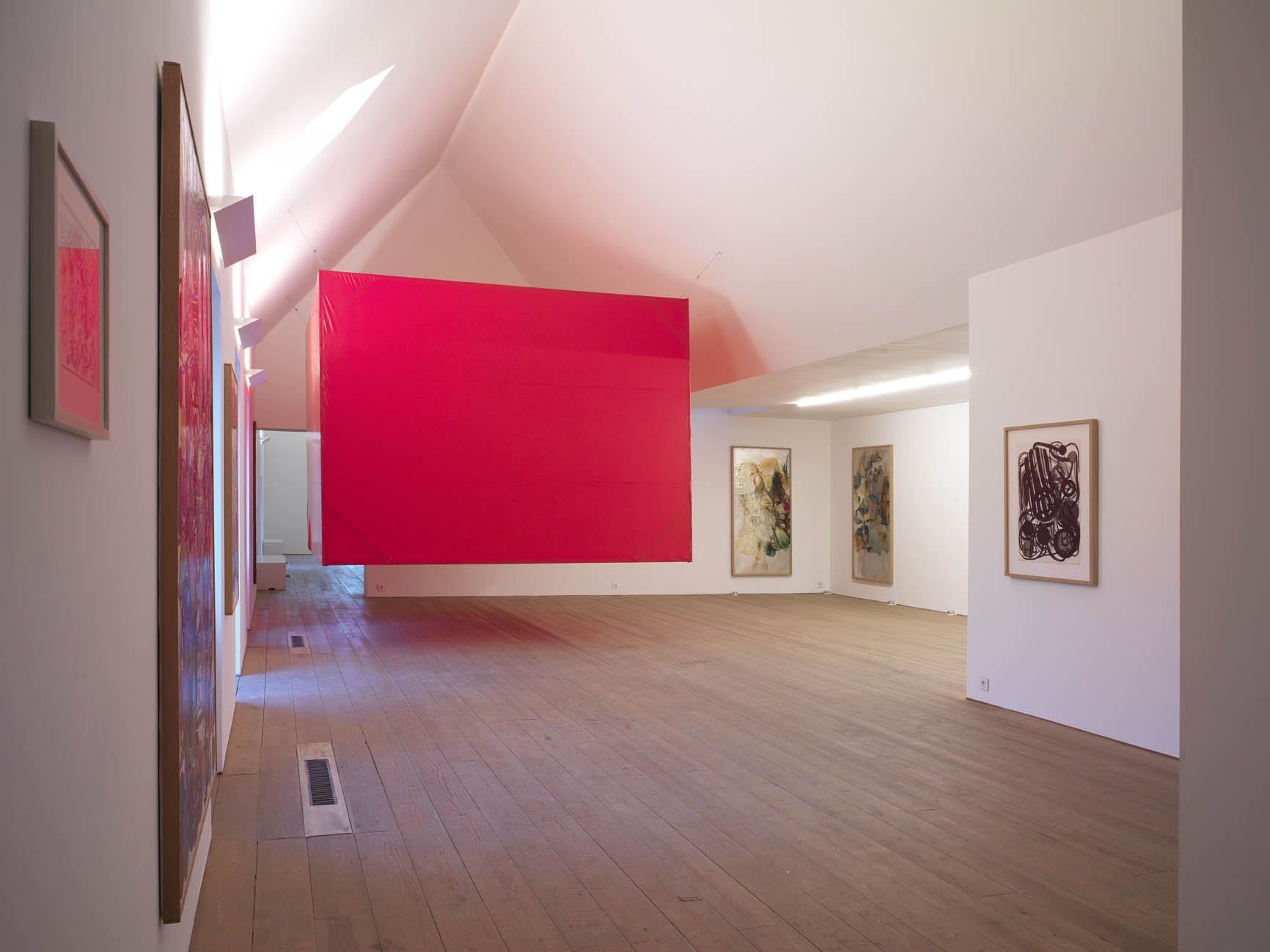 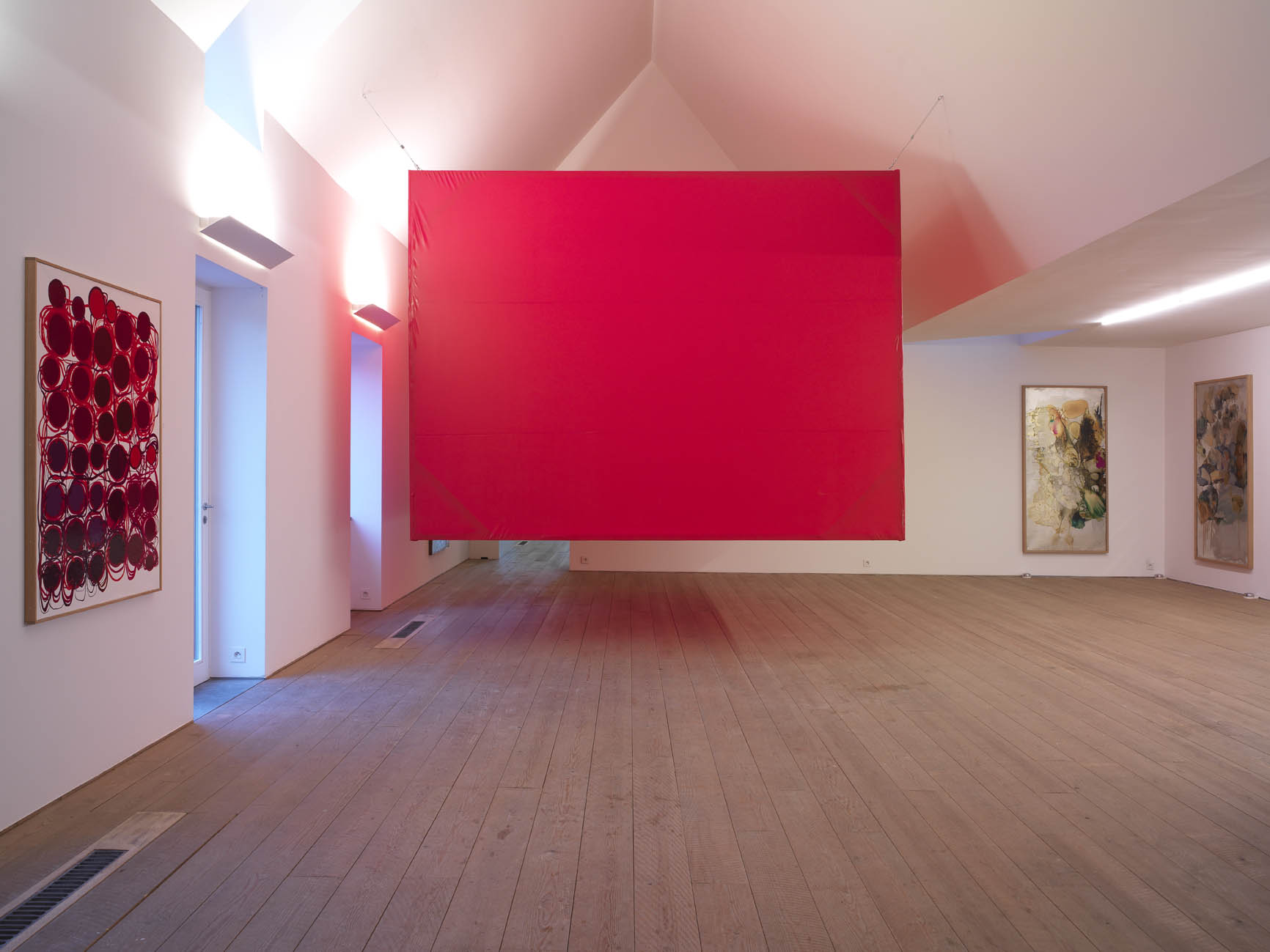 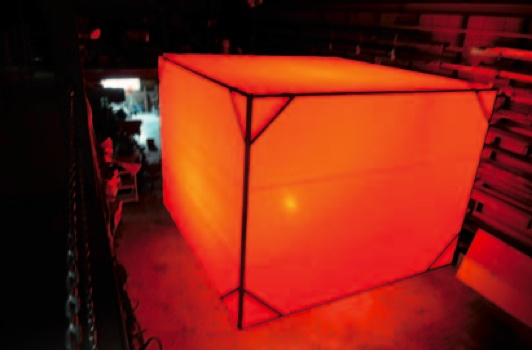 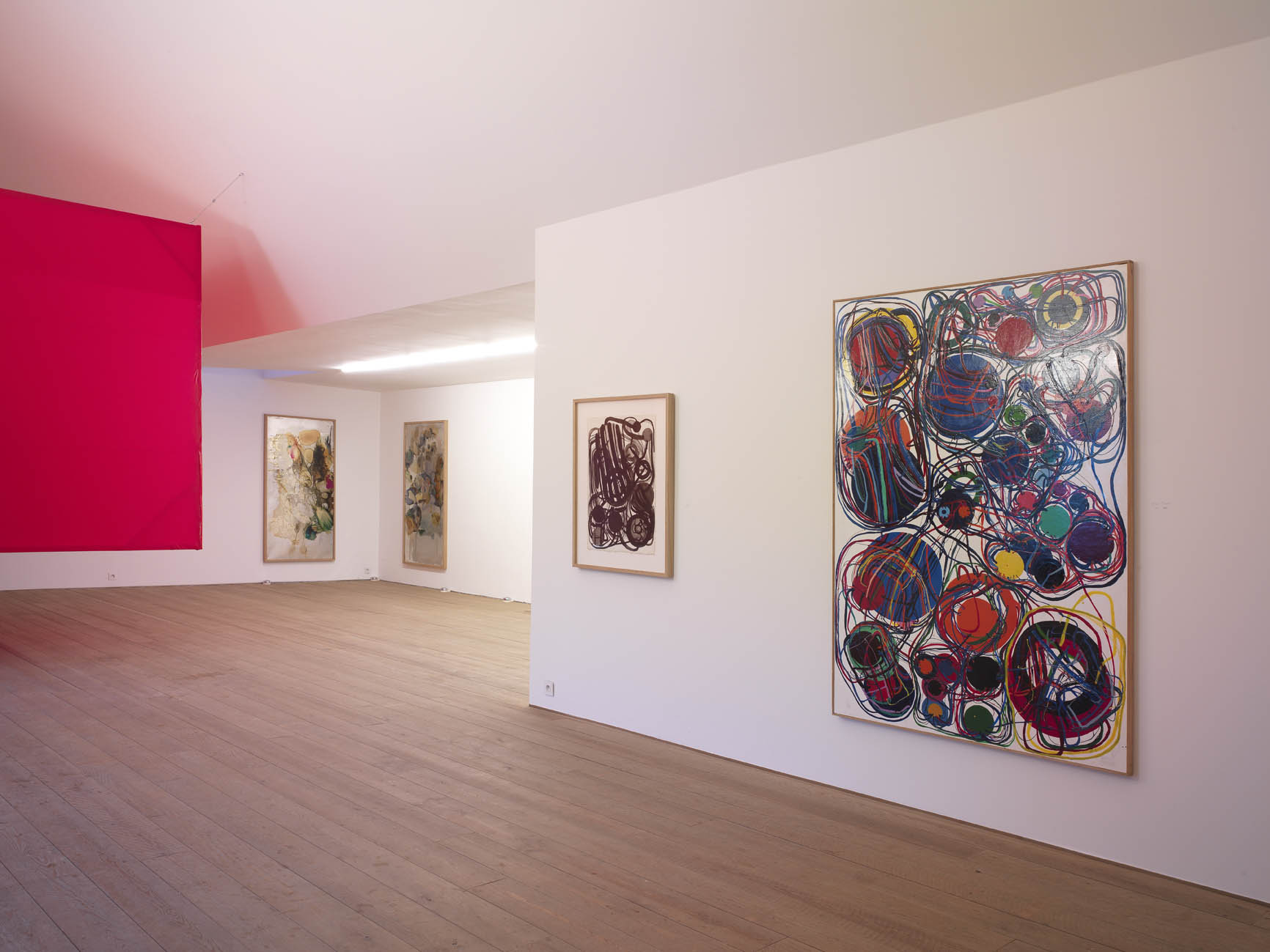 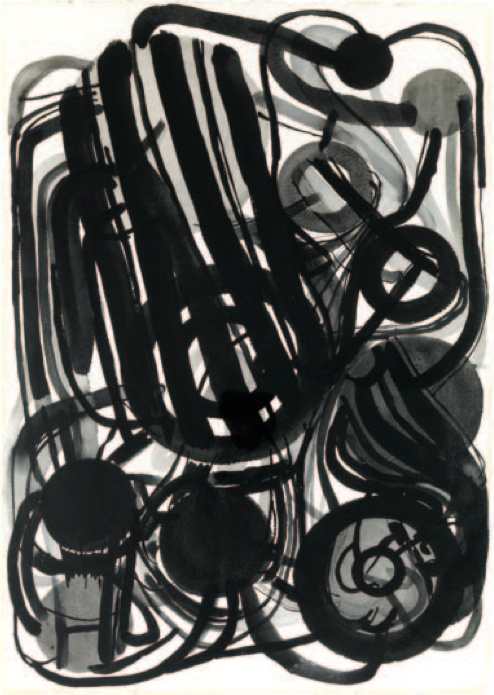 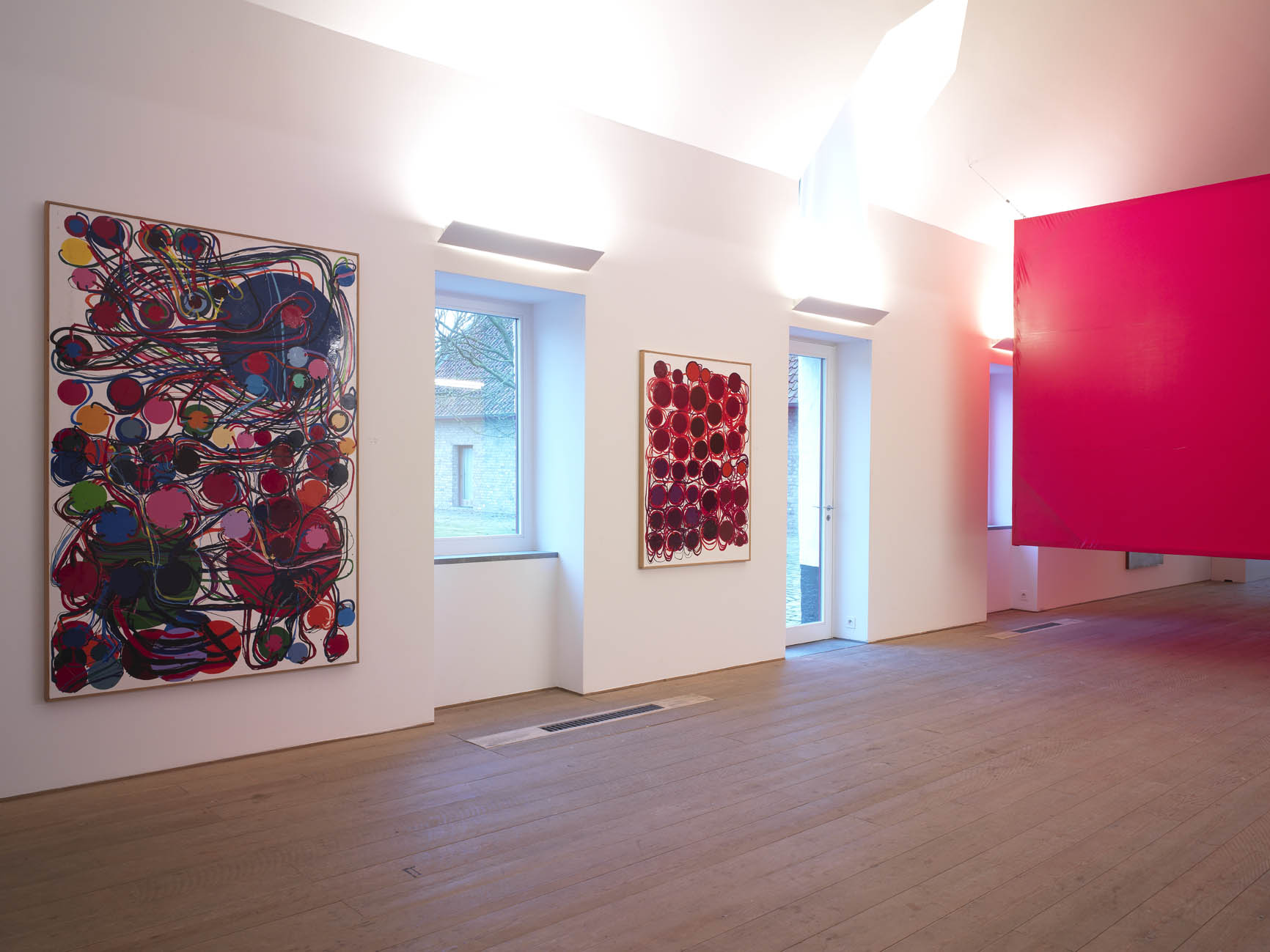 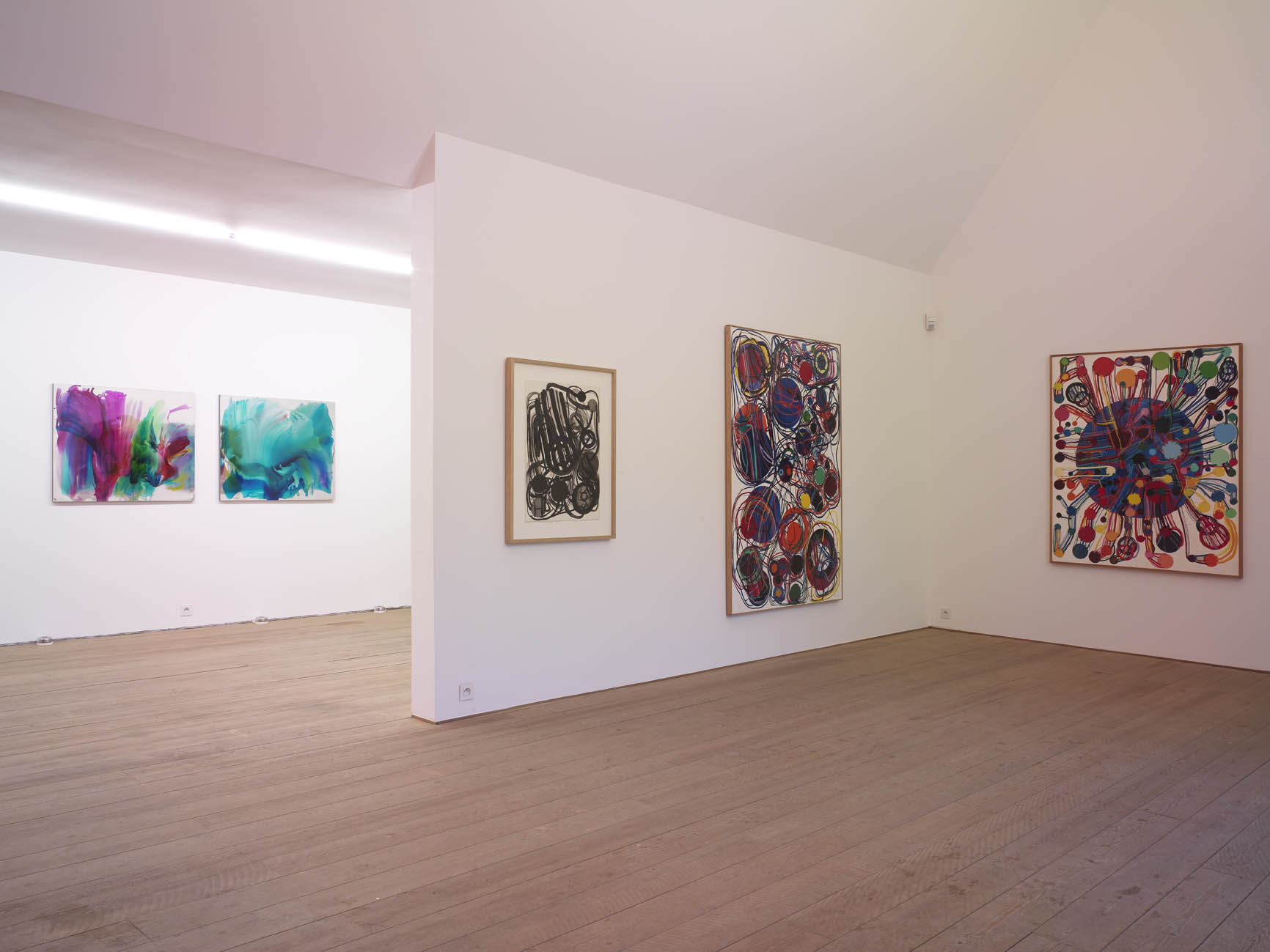 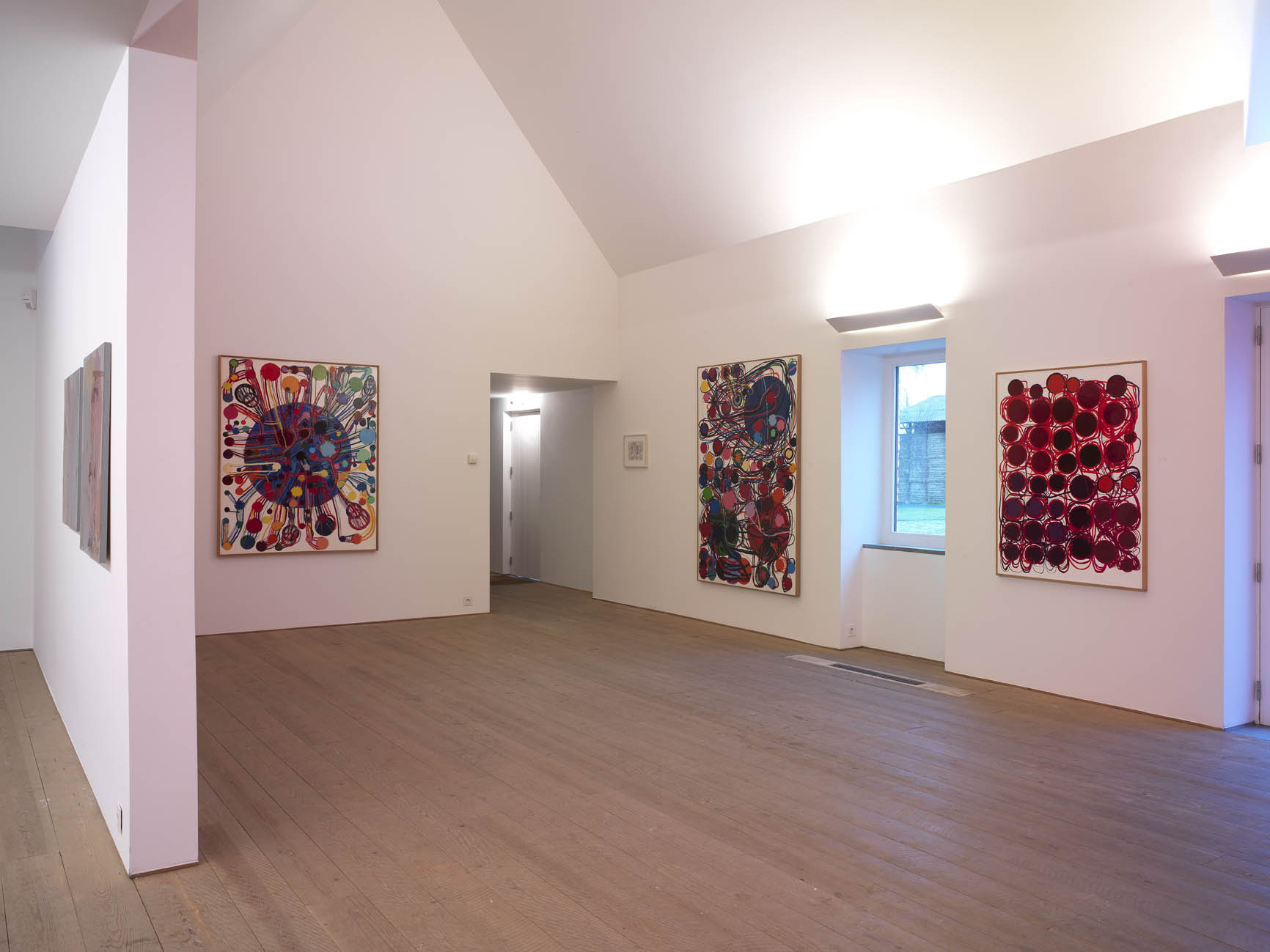 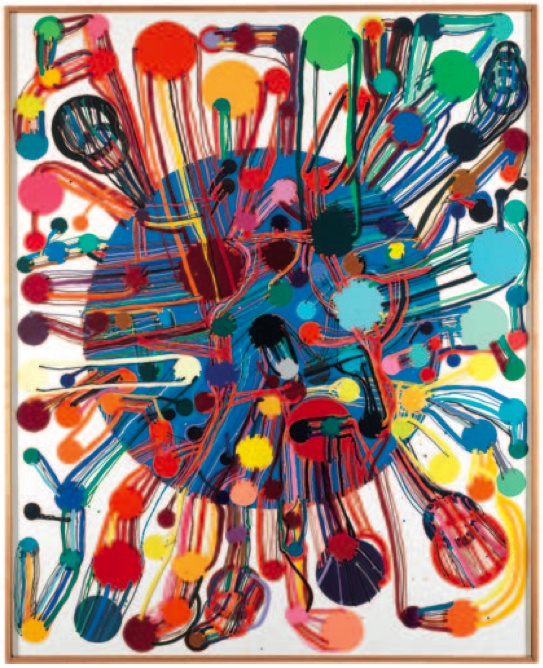 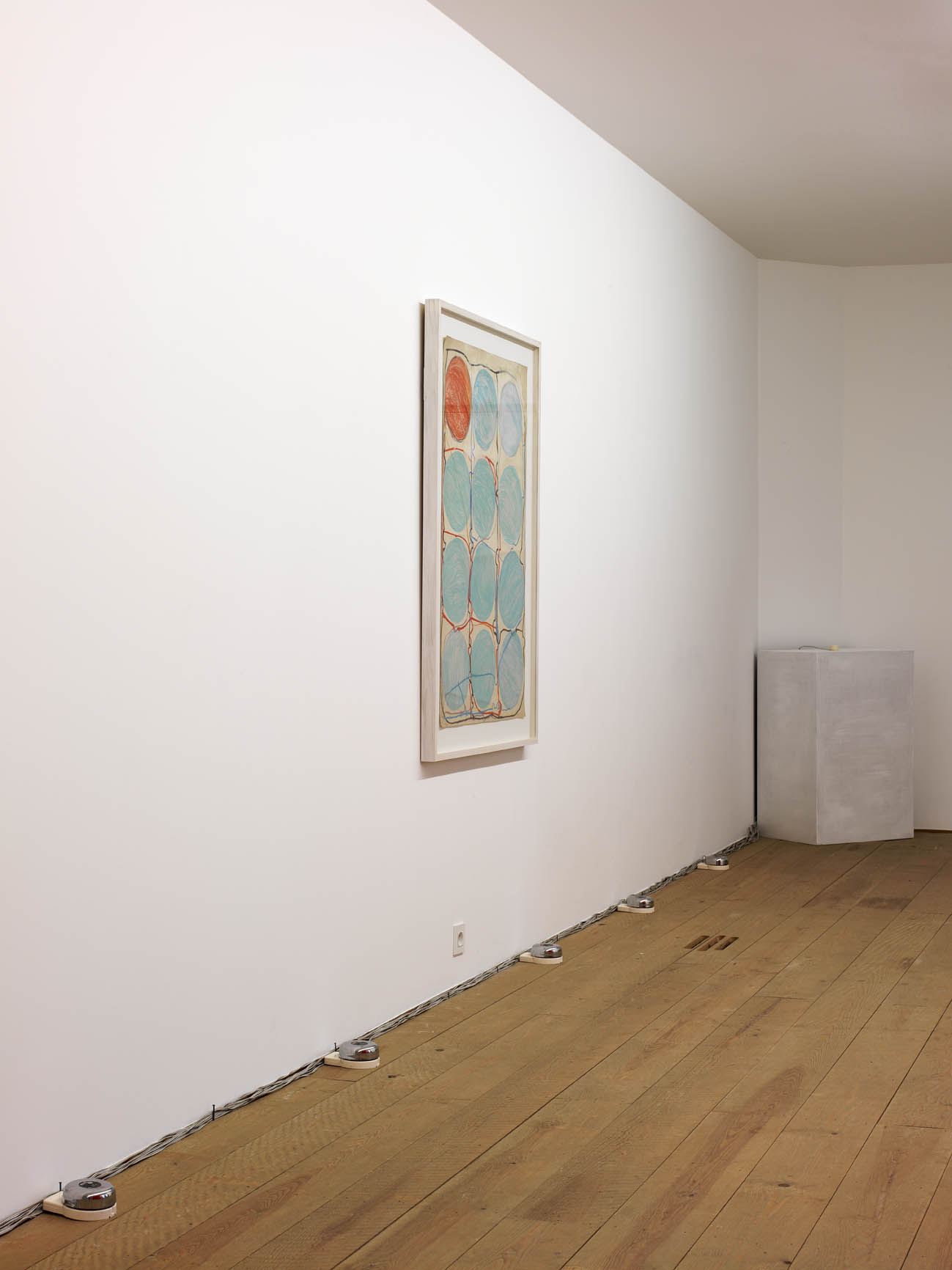 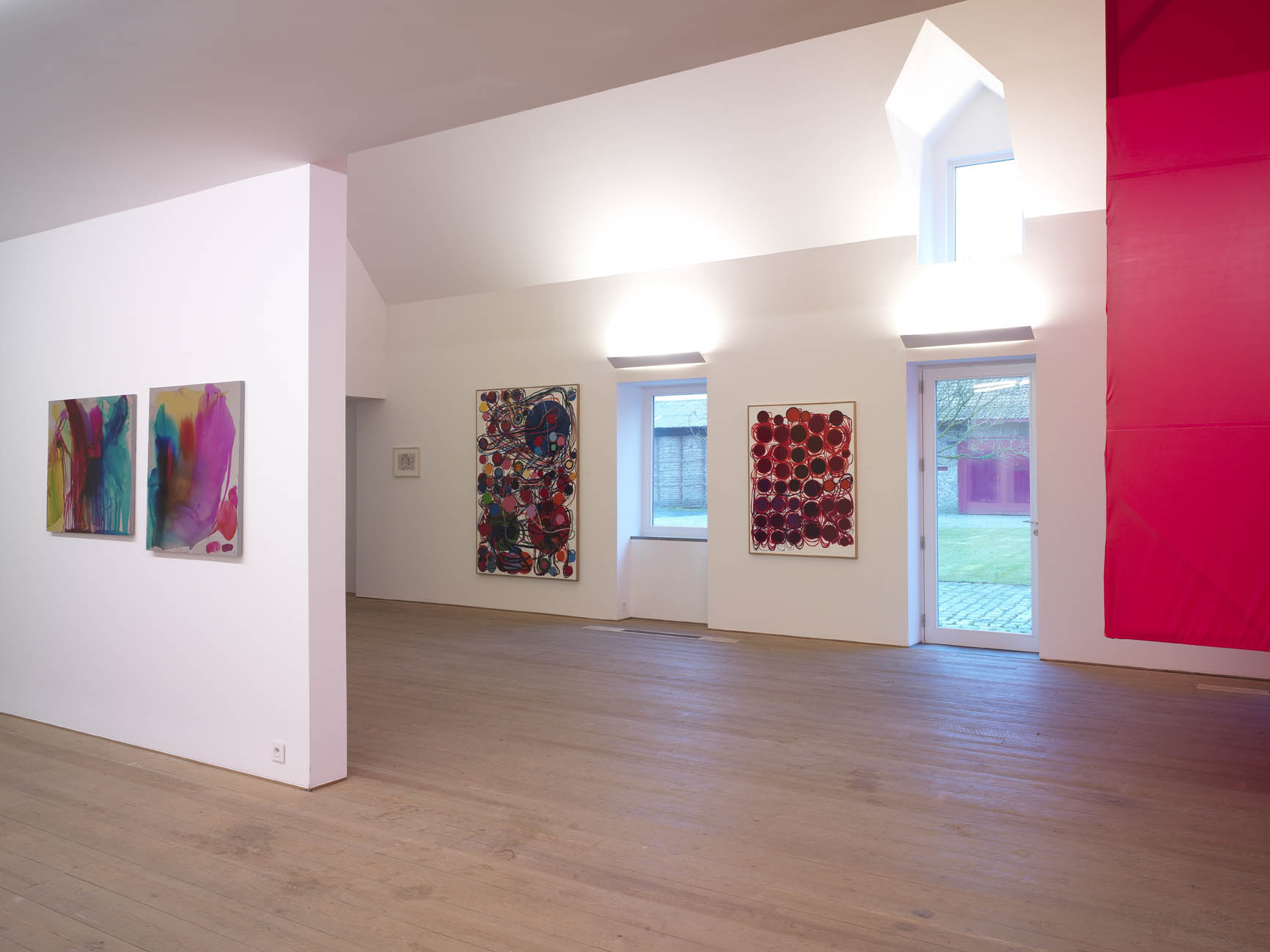 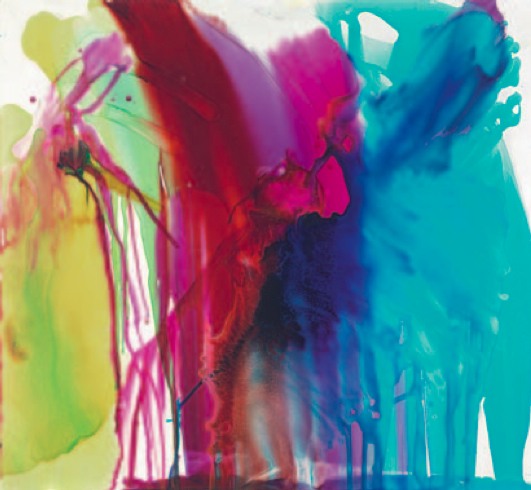 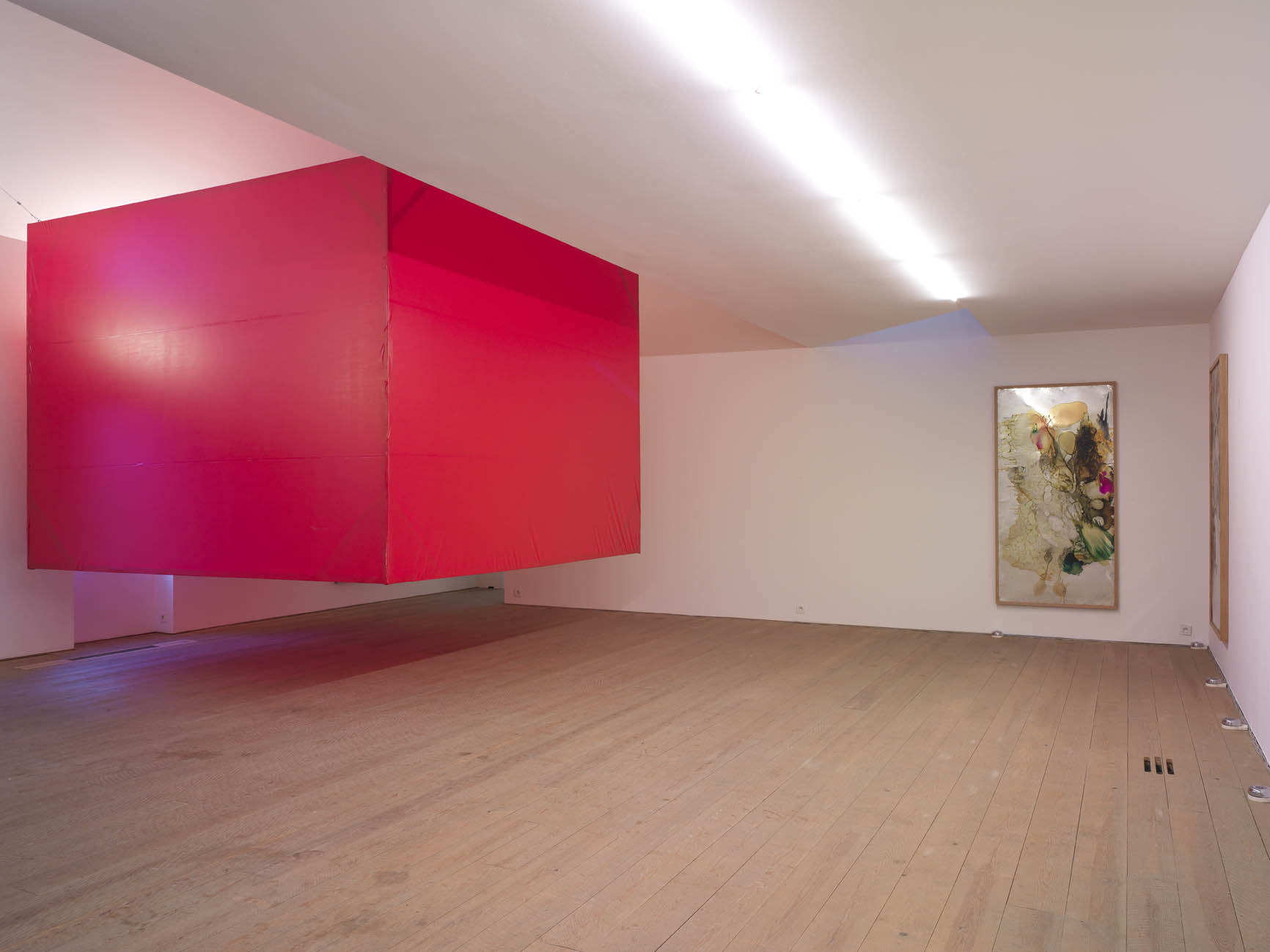 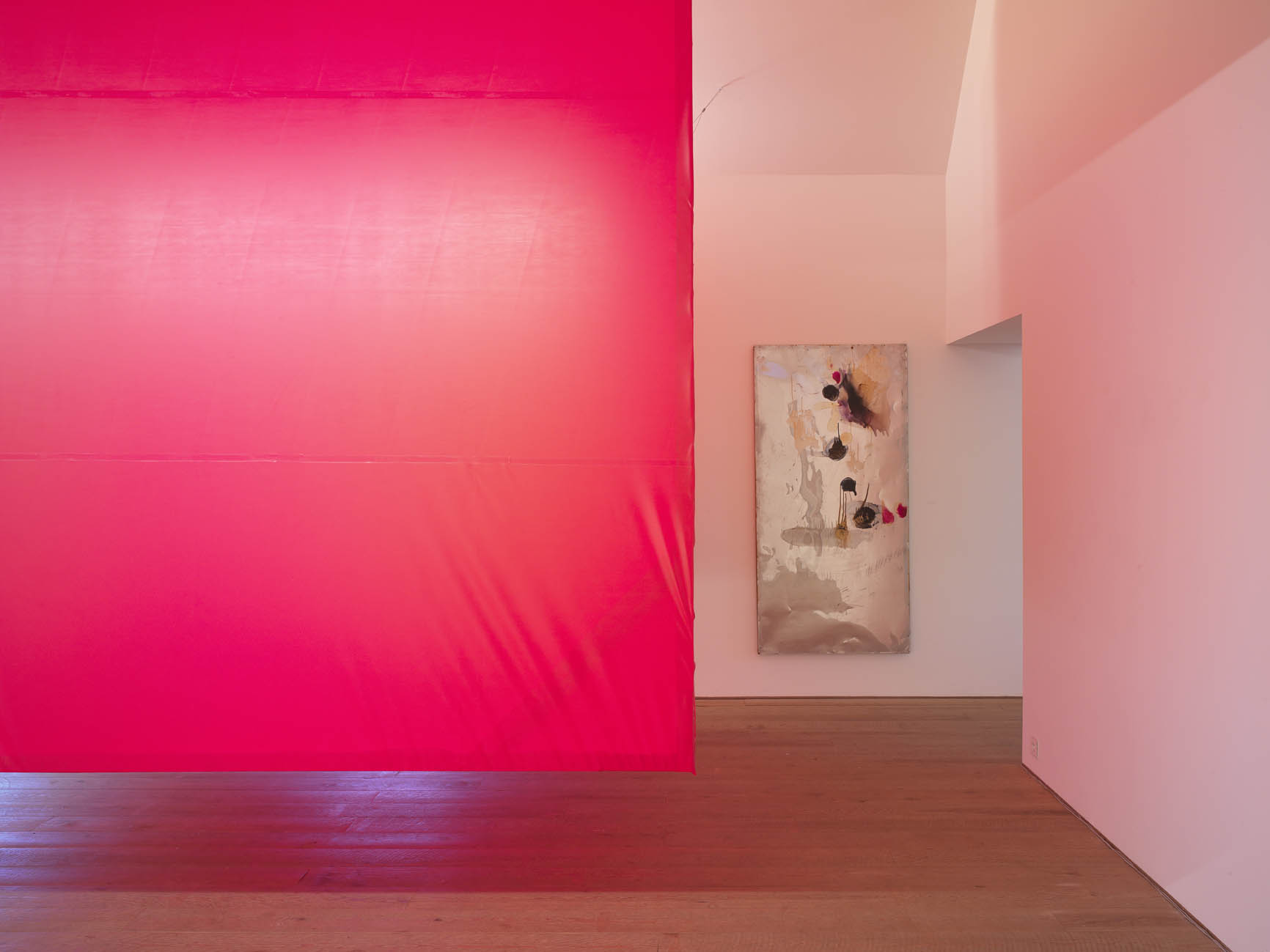 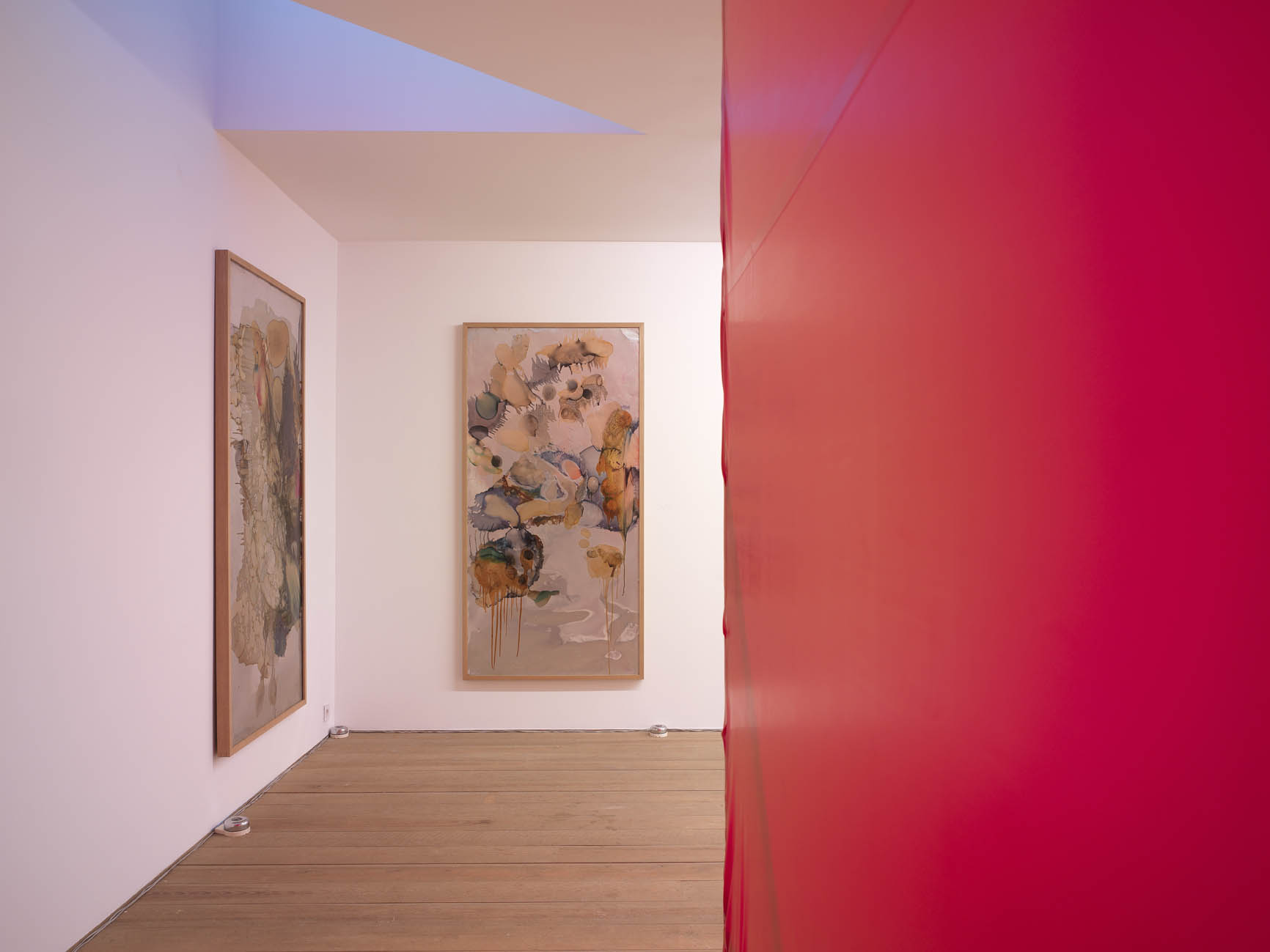 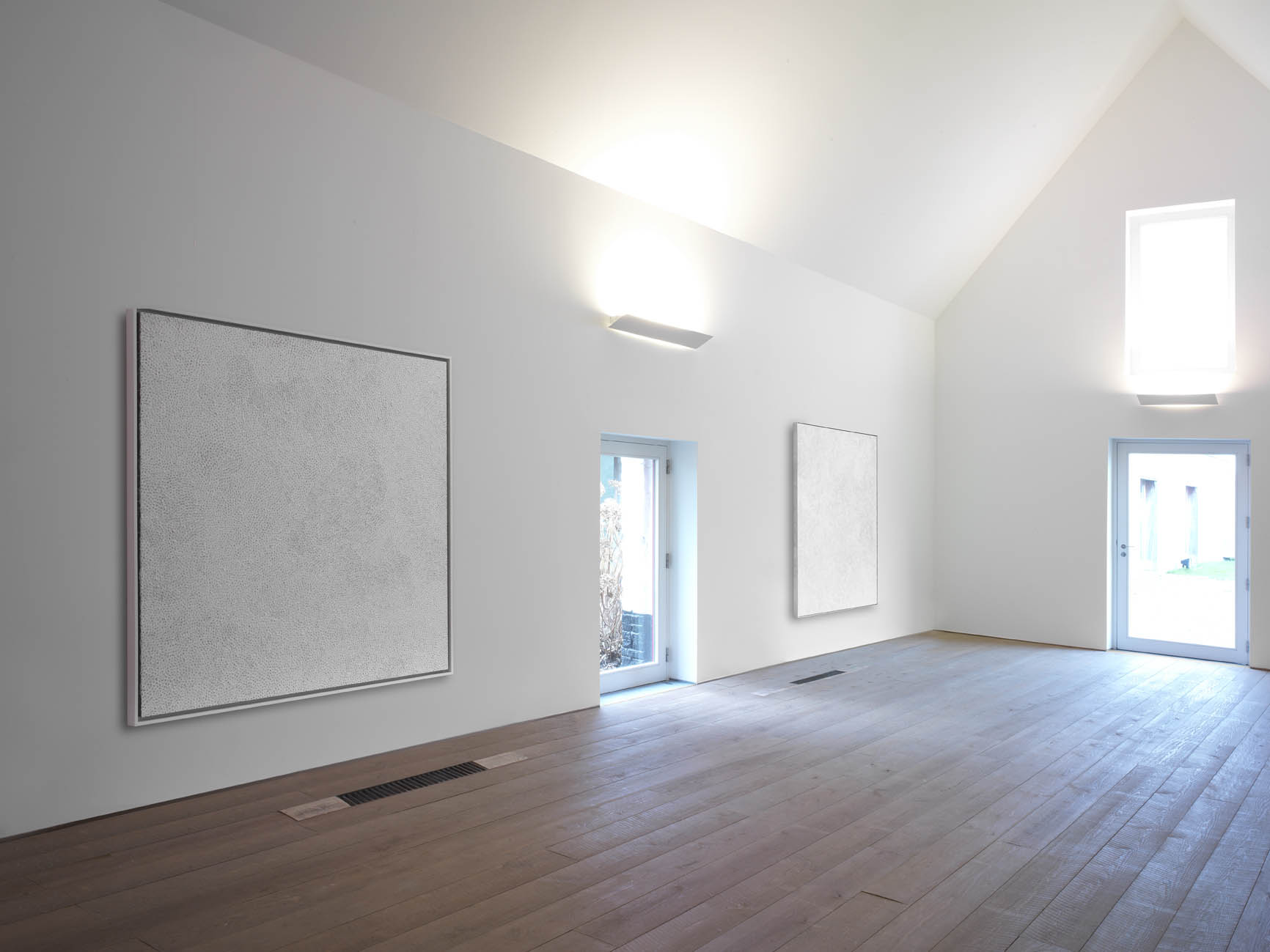 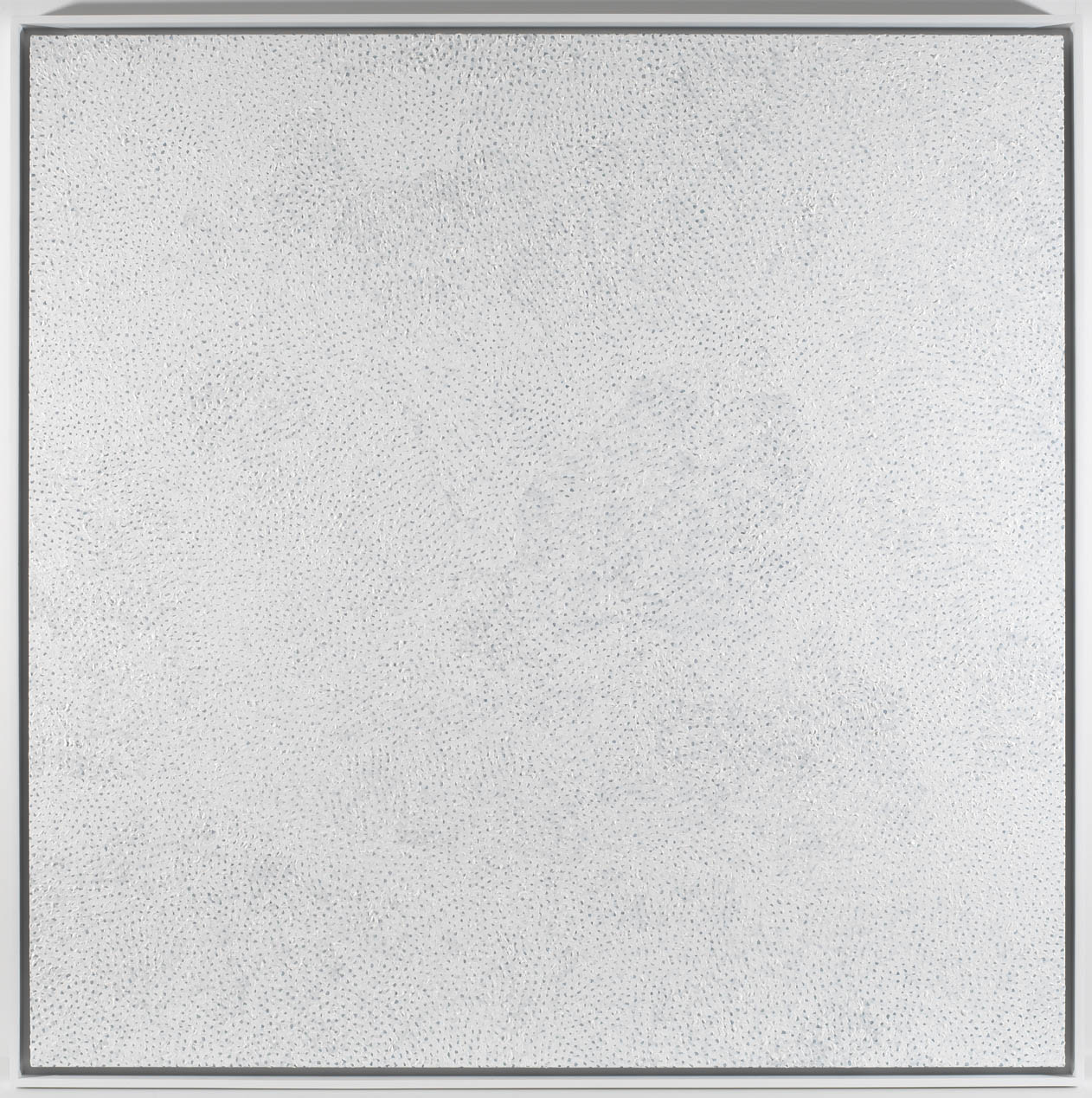 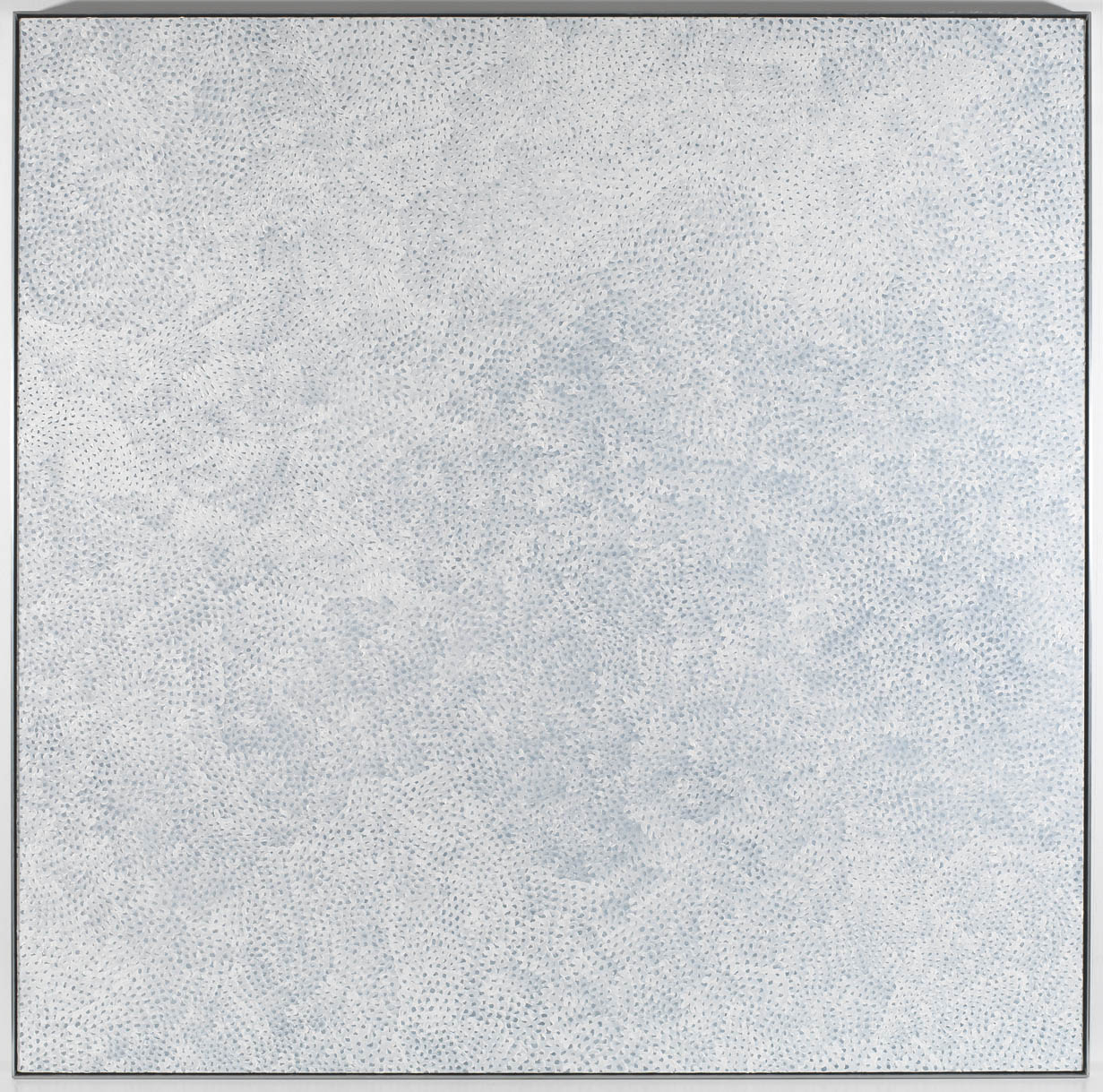 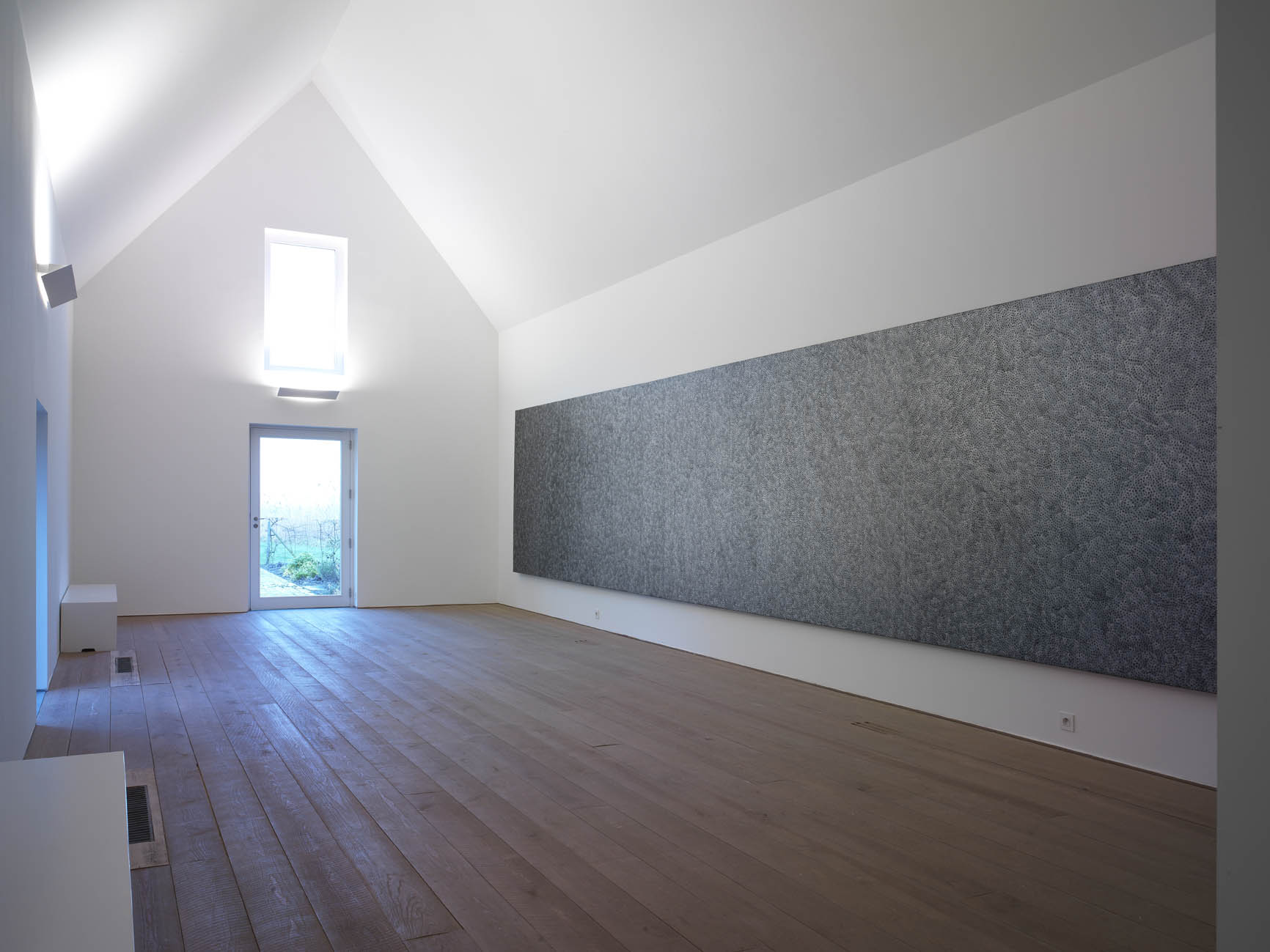 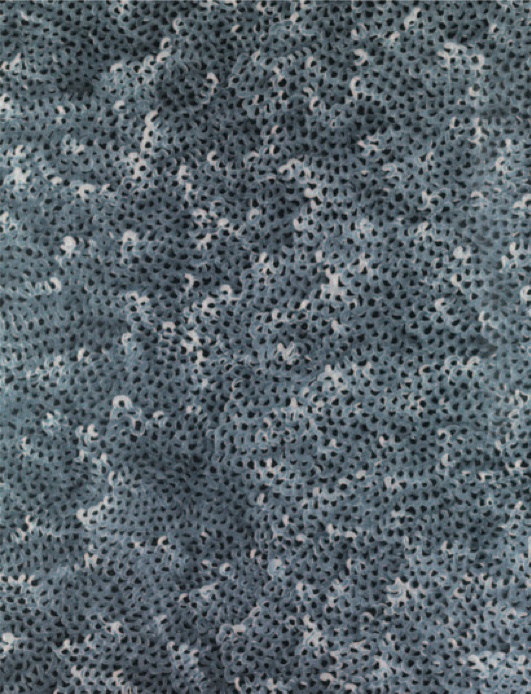 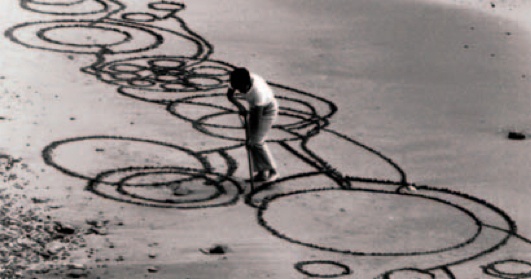 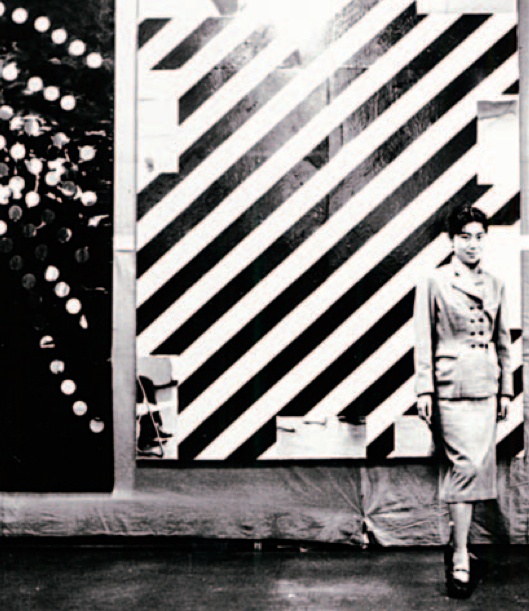 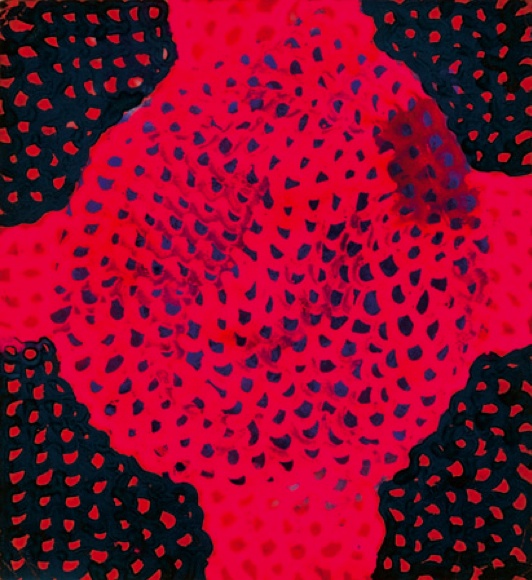 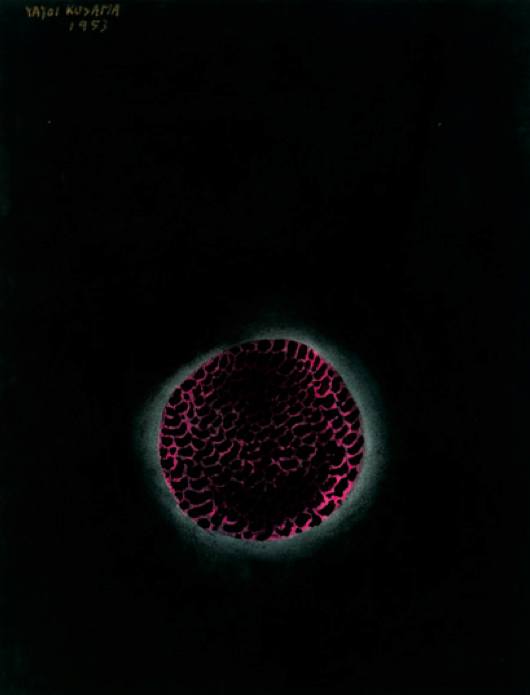 Rose is a Rose is a Rose is Gertrude Stein’s most famous quote from her poem Sacred Emily exemplifying her idiosyncratic, experimental style of writing. Using simple words in different variations and in repetition Stein opened avenues for new metaphors and webs of suggestive meanings that transformed Modernist Literature. The repetitive nuances of her words are drawn upon for this exhibition to introduce for the first time together three significant women artists of the Japanese post war era; Yayoi Kusama, Atsuko Tanaka and Tsuruko Yamazaki.

Loaded with apocalyptic visions from her childhood, Kusama’s work exists at the threshold of creation/destruction.  The metaphor of light and shadow reaches well beyond mere symbolism.  Her obsessive drawing and painting of infinite nets was the only way to transcend the overwhelming inner conflict between her conscious and unconscious mind.  Of the innumerable Infinity Nets she has made, the work in the exhibition is one of the largest in existence. The vast stretches of shimmering and undulating nets against the black background has a hypnotizing effect where one is inadvertently drawn to visions of a larger universe and a primordial existence of life born from the ocean.

Originally made for the Outdoor Gutai Art Exhibition in 1956, Yamazaki’s Red was reconstructed on a slightly smaller scale for this exhibition.  The interplay between light and shadow is directly perceived in this simple structure as it absorbs sunlight casting red shadows and thereby dying the environment in a reddish hue.  As an active member of the Gutai Art Association, Yamazaki has stayed true to the famous dictum of its leader Jiro Yoshihara; “Create what no one has ever seen before”. It was an open-ended, challenging experiment on how to make art and Yamazaki found her niche by focusing on color as an independent entity utilizing reflections of surfaces and fully embracing the unpredictable.  As a breathing sculpture, so to speak, Red floats 70cm above the ground leaving just enough space for an adult to bend down and enter.  There’s nothing inside, no tricks.  And yet, enveloped in this red enclosure one is transformed into a living red sculpture.

As early as 1955, Tanaka was making not only works devoid of images, but hanging factory-dyed cloth works with just a few sewn stitches at the edges. Her initial interest in the edge, or the boundaries of a picture plane, makes a quantum leap in the subsequent Work(Bell) where she explored unknown dimensions by applying her innate gifts as a daring mechanic. Work(Bell) consists of a device with a multitude of electrical cords and bells placed along the bottom edges of the wall. Visually, it remains a discreet and mysterious object until someone pushes the button. The twelve bells ring in a progressive sequence and back again in reverse transforming the space into a charged alarm.  The power of the acoustic experience continues to reverberate within, whether one welcomes it or not, like the mark of indelible ink.

The radical nature expressed in each artist’s respective approach anticipated the expansion of a visual vocabulary and broadened definitions of art. The work installed in this exhibition, placed in a 16th century barn renovated by Alvaro Siza, echoes Gertrude Stein’s intended meaning behind a Rose is a Rose is a Rose; things simply are what they are.

Yayoi Kusama (b.1929 in Matsumoto). As a child, Kusama suffered from serious hallucinations filled with talking plants and animals as well as accumulating patterns of nets and dots that threatened to obliterate her. Ascending from a dark abyss of creative waters Kusama harnessed her hallucinations and transformed them into literal nets and dots as the central and signature theme in her work.

Though Kusama received a degree of recognition in Japan during the early 1950’s for her watercolors and gouaches, she was driven to achieve international success and moved to New York in 1958. Soon thereafter she began her series of Infinity Net paintings. At the threshold of Minimalism, her labor intensive, micro optic yet expansive net paintings garnered immediate critical success. During the 1960’s she continued to play an active role as a forerunner of Pop Art, Performance and Happenings. She returned to Japan in 1973 after experiencing serious bouts of depression and has since lived in a mental hospital by her own choice. Despite her condition, Kusama continues to work obsessively and expansively with her infinite nets and eternal dots making paintings, installations and sculptures that proliferate without boundaries.

Atsuko Tanaka (b.1932 in Osaka). While attending the Department of Western Painting at Kyoto Municipal College of Art, Tanaka met Akira Kanayama who introduced her to new territories in modern art.

In 1955, she joined the Gutai Art Association with Kanayama as two of its founding members. In the group’s introductory exhibition in the fall of that same year Tanaka exhibited her piece Work(Bell) introducing her infatuation with electricity as a medium. Her inclination towards daring, erratic movements in time and space, whether bodily or mechanically lead her to create her famous work Electric Dressthat she wore during the second Gutai exhibition in 1956. Tanaka’s immaculate consistency can also be found in her paintings of layers of circles and lines that are both an extension and internalization of works like Work(Bell) and Electric Dress.

In 1966 Tanaka and Kanayama both resigned the Gutai Association and were married soon thereafter. Atsuko Tanaka continued painting combinations of circles and lines until her death in 2005.

Tsuruko Yamazaki (b.1927 in Ashiya city). In 1946 Yamazaki studied art privately with Jiro Yoshihara who was the founding leader of the avant garde Gutai Art Association. Through this early connection she joined the Gutai group with its inception in 1955 along with other members Kazuo Shiraga, Akira Kanayama and Atsuko Tanaka and was an active participant of the group’s activities through its dissolution with the death of Yoshihara in 1972.

Yamazaki is known for her early use of metal as a ground for her paintings and for her interest in reflections.  Her work Mosquito Net, a large red floating square sculpture hung by four poles, exhibited in the Outdoor Gutai Art Exhibition in 1956, illustrates her fragmented yet fluid vision and often humorous interplay of color and structure.  Yamazaki continues to work on these core concepts from her home in Ashiya where she also teaches art to children three days a week.